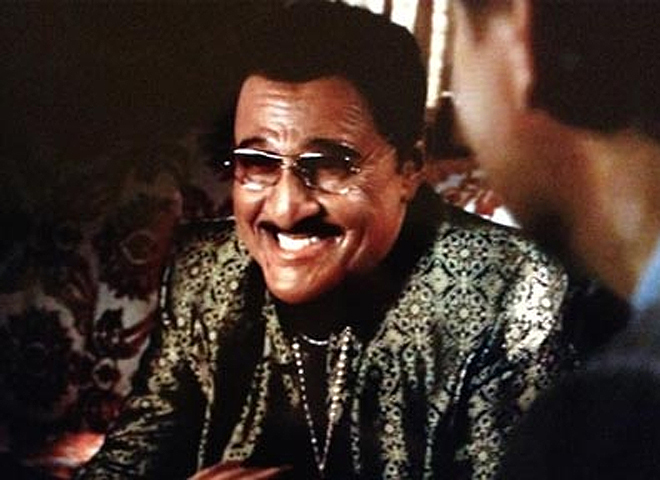 During the filmed montage parodying the Best Picture nominees, Crystal encounters the mysterious time traveling car in Woody Allen's "Midnight in Paris," whose passengers include Sammy Davis Jr., played by Crystal in blackface.

Crystal had played Davis the same way many times on "Saturday Night Live" in the 1980s, but that didn't stop hundreds from questioning the bit on Twitter.

Alluding to the controversy last fall when Eddie Murphy bowed out of Oscar hosting duties after the show's original producer Brett Ratner exited over his use of a gay slur, "max read" wrote: "lmao remember when you were all like "billy crystal is going to be so SAFE" and then he did BLACKFACE."

Galia Mango wrote: "Who does he think he is? Robert Downey Jr?" (Downey received a Best Supporting Actor nomination for the comedy "Tropic Thunder," playing a Method actor so Method-y he undergoes a skin-darkening process to play a black character.)

My Damn Channel opined, "When Billy Crystal dies, I really really hope his "In Memoriam" clip is him as Blackface Sammy Davis Jr."

But not all tweets were condemning, noting that Crystal has impersonated Davis for years, and that Davis (who died in 1990) himself enjoyed it.

And Scholaris took the high road: "Billy Crystal slammed for blackface skit - what next, we are way over the top 2 precious- if u skit a dog n wear hair and tail r u doggist?"

What do YOU think? Was Billy Crystal's impression harmless, or over the line?