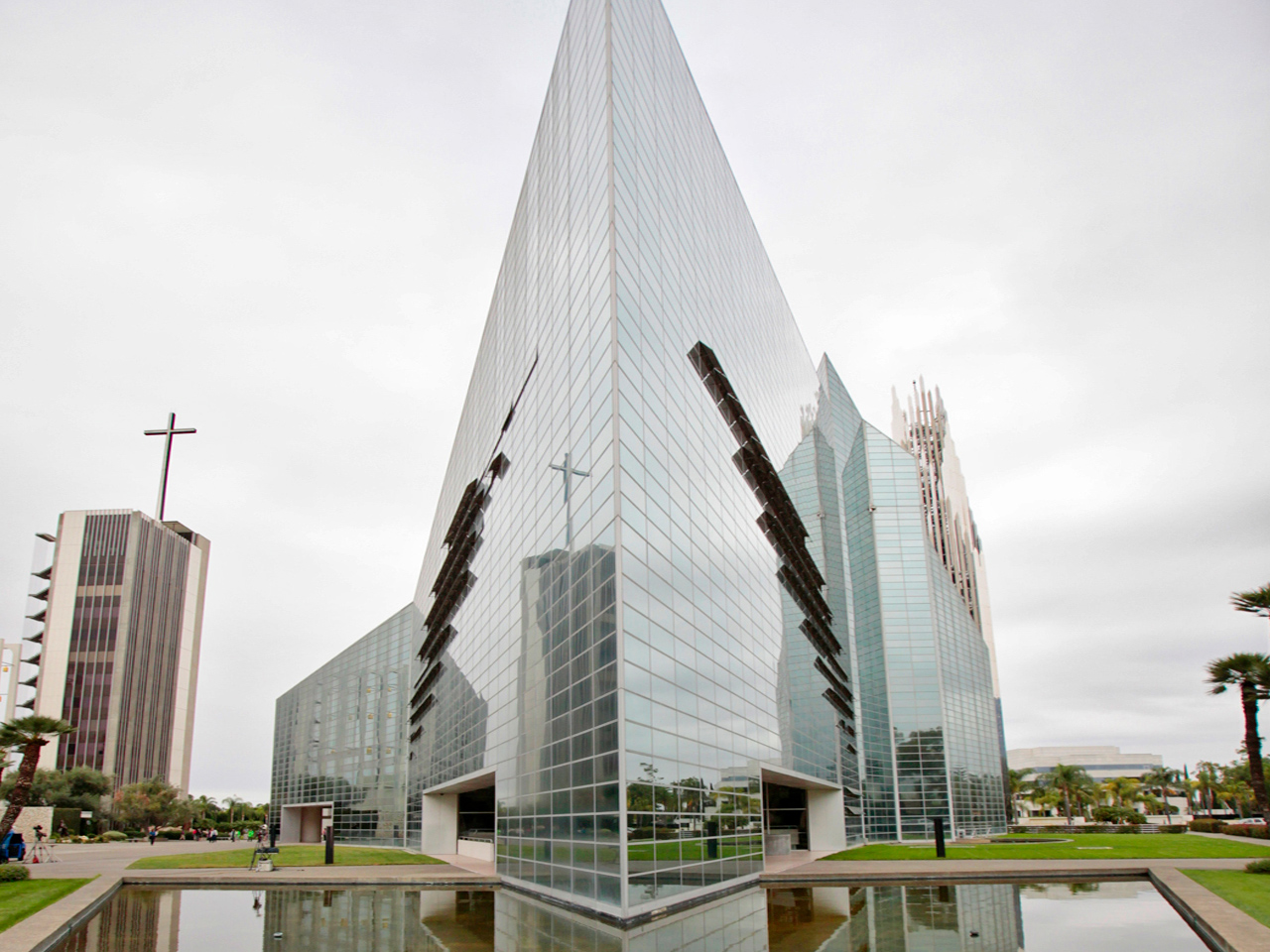 (CBS News) One of America's most recognizable megachurches has changed hands. California's Crystal Cathedral, founded by televangelist Robert Schuller, has a new owner and a new identity. For the first time Schuller began preaching 57 years ago, he and his family have no connection to the ministry.

The church and its "hour of power" TV program has fallen on hard times. Back in the 1970s, there were about 50 churches with at least 2,000 attendees, megachurches, in the country. Now, there are at least 1,300 megachurches.

In his prime, the pastor who built it towered as high as his church. Schuller drew international recognition as one of the first to spread word from the electronic pulpit - one of the first of the televangelists.

Shuller said, "If you can dream it, you can do it." His dream built a ministry that once reached 20 million people around the world.

But this Sunday the ministry returns to its roots with a sermon to be delivered by Schuller's daughter in the movie multiplex across the street. She and the extended Schuller family were forced out of the church her father started.

"It's not maybe the story or script you want to write for your life," said Schuller's daughter Sheila Schuller Coleman. "But it doesn't matter.

From a peak in the 1990s the Cathedral's aging congregation dwindled, the recession hit and income dropped a third. Elaborate holiday productions helped push the church to bankruptcy and the Cathedral was sold to the local Catholic diocese. It's devolved into lawsuits and Robert Schuller's only son is estranged from the family.

Coleman doesn't think they went too big. "I don't think so. I think I'd rather grow too big and implode than not try to reach all those people."

Last Sunday, Coleman delivered the last Schuller sermon in the cathedral. She plans to take her message, and her father's legacy, to the Internet.

"I think there era is coming quickly to a close in terms of television," Coleman said. "But you can get a message and put it on the Web, and I think that's the future."

As many as 75 million people a month still watch Christian programming on television. Megachurches are growing, but their income is shrinking. The fall of the House of Schuller could be a harbinger. Robert Schuller has announced he's broke.

In a Web video Schuller said, "It's been a humbling experience for this dreamer who never quits."

Coleman said she doesn't know if Schuller could lose his home. "I don't know the physical details. He hasn't come to his children for help. Coleman said she offered, but he replied, not yet.

Coleman has to sell her home because she has no income. And her new ministry is unlikely to have the reach on the Internet the family once had on the airwaves.

"You take and you do the best with whatever you have," she said. "That's what my dad taught me."