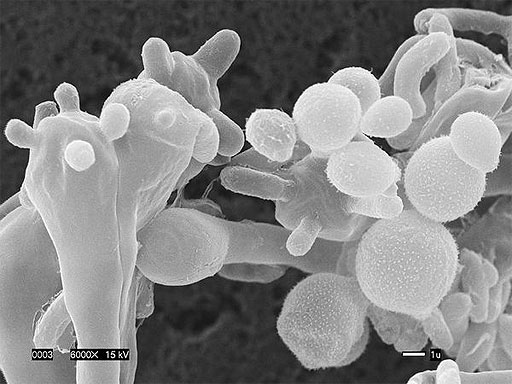 (CBS) There is a fungus among us and it's deadly serious.

Cryptococcus gattii has been blamed for 15 deaths over the last six years. The fungus is usually found in the tropics, but is now calling the Pacific Northwest home.

At least 60 people have been sickened across four states. 50 animals have also been stricken. Most of the cases have been in Oregon and Washington, according to the CDC. California and Idaho have had one case each.

Symptoms include a persistent cough, headache and shortness of breath. Some cases have worsened into a pneumonia- or meningitis-like illnesses.

Of the 45 cases with known outcomes, 15 ended in deaths.

While that sounds like a very deadly fungus, experts caution that there are likely many more people who have come in contact with it, but have not been ill enough to alert health officials.

The fungus may have come here from Canada, where officials say 272 cases have been detected. They estimate the death rate at 9 percent but admit the numbers at this point are fuzzy. Some experts believe the American strain is unique and deadlier.

Read new research on the outbreak.