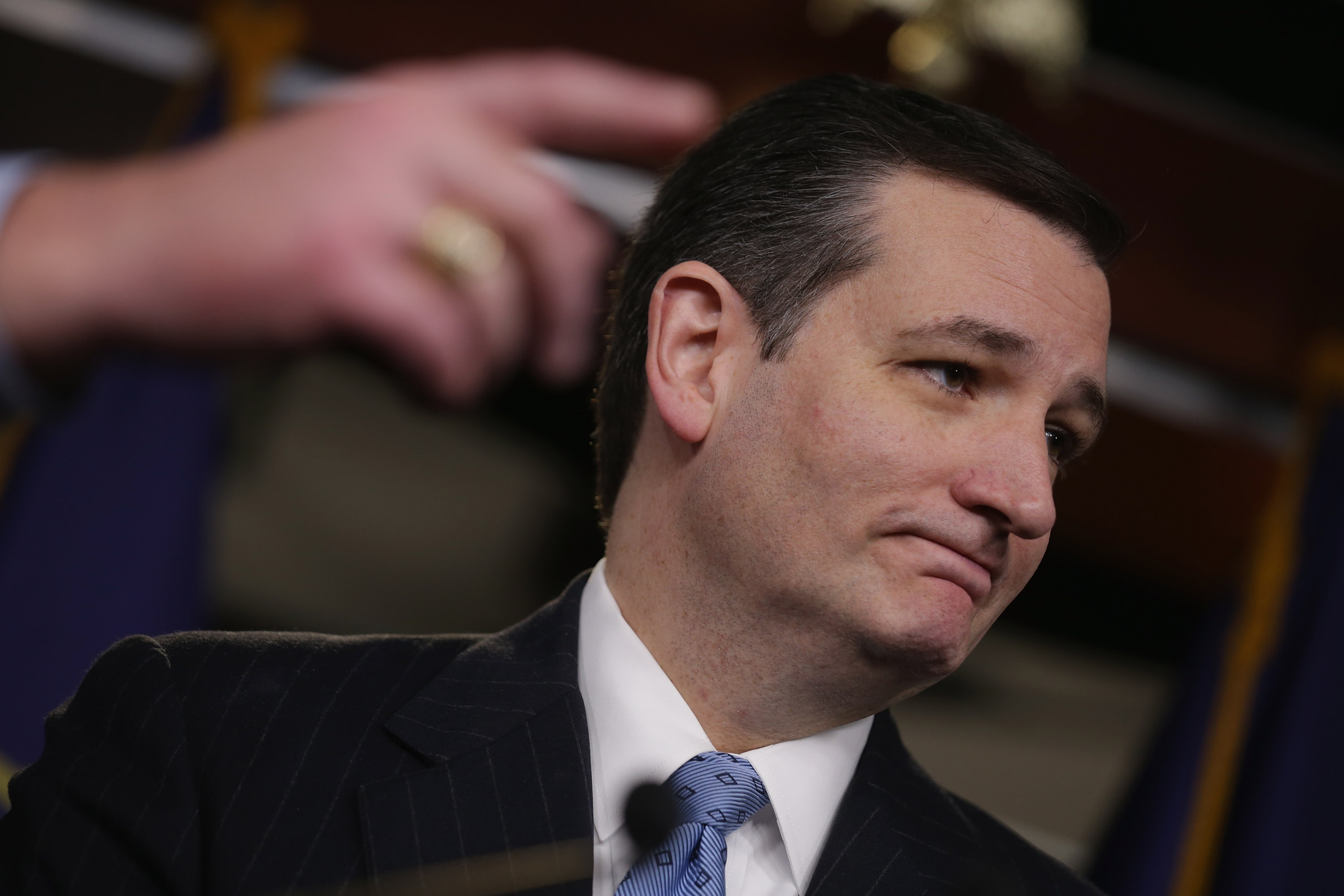 "By printing up documents, in effect what the Obama administration was doing was counterfeiting immigration documents," Cruz said with several high-ranking Texas officials by his side.

This lawsuit, filed while Abbot was still Texas' attorney general, marks the 31st time he has sued the Obama administration. He said Wednesday that this lawsuit "may turn out to be the one with the greatest constitutional consequence."

Cruz reiterated his view that Mr. Obama's executive actions were "illegal." He said that the president's executive action was not a simple decision to not prosecute illegal immigrants, but was, "rather an affirmative act of issuing work authorizations that are flatly contrary to federal law.

Cruz also criticized Senate Democrats for filibustering to stop a funding vote that would finance the Department of Homeland Security. Democrats will not support the bill because it contains a provision approved by the GOP-controlled House of Representatives that would nullify the effects of the president's executive actions.

Now that the federal court issued an injunction against the immigration order, Cruz said his hope for a first vote on Monday was one "to fund the Department of Homeland Security."