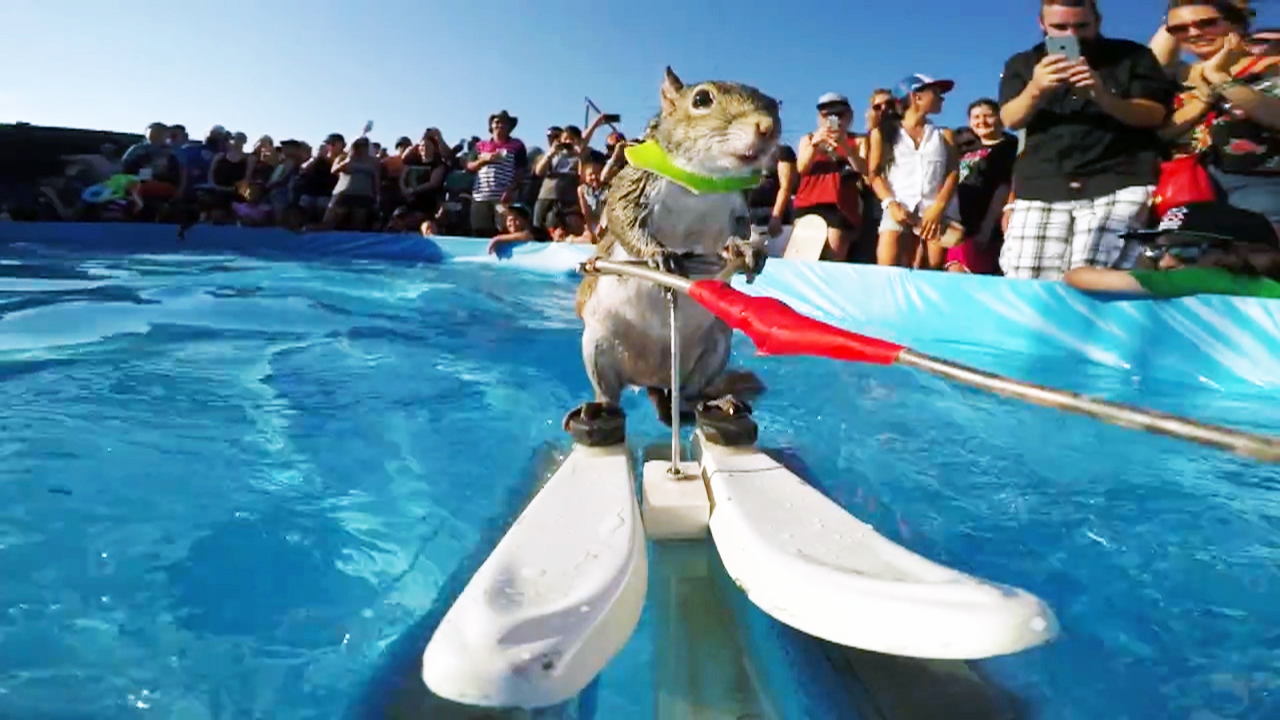 Some of the latest and greatest viral videos include a squirrel displaying its unusual talent at the X Games and a guy setting off 8,500 bottle rockets at the same time.

An unexpected star emerged from this year's X Games in Austin, Texas. Her name is Twiggy, the waterskiing squirrel. In this video from GoPro, she gets towed by a remote controlled boat and does a few laps for an astonished crowd.

And, BrainScar Media introduces us to the "Redneck Rocket Launcher" -- just in time for Fourth of July weekend. A cigarette smoking, explosives enthusiast rigs up 8,500 bottle rockets to a piece of chain link fence that he's equipped with fuses. And, with the simple flick of a lighter, a minute-long firestorm ensues.