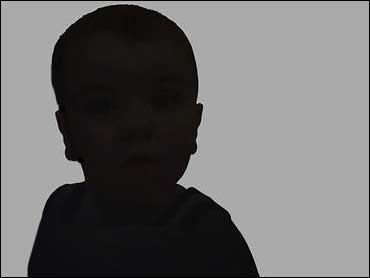 It's a traditional remedy as embedded in our culture as downing chicken soup to soothe a cold or putting baking soda on a bee sting: When kids have the croup, surround them with steam to help them breathe.

Croup, The Early Show medical correspondent Dr. Emily Senay, is a very common childhood illness. About one in every 20 children under age six will develop croup at some point. It's a viral infection of the larynx that often causes an odd-sounding, barking cough.

The infection generally starts with a cold, cough, and low-grade fever, she continues. Symptoms develop gradually, over two days, and you usually start hearing the typical barking cough by day three. It can also sometimes be accompanied with wheezing, hoarseness, difficulty swallowing, and difficulty breathing.

Croup usually resolves itself after twenty to thirty minutes, Senay adds, but in some cases, can be very serious. You want to seek medical attention immediately if the coughing just won't stop, your child is having trouble breathing, or is showing signs of severe dehydration, including dry mouth, decreased urination, and increased sleepiness. You also want to seek medical attention if the coughing is accompanied by high fever, or if the youngster's skin has a bluish tint: That includes the skin, lips, or even nail beds. The blue color indicates a severe lack of oxygen.

A study of 140 youngsters brought to the Hospital for Sick Children with the tell-tale seal-bark cough and labored breathing of croup found that exposing them to various types of humidity had no effect on recovery.

"What they found was that treating croup with humidity had absolutely no effect. They debunked the old wives tale," Senay says.

As it turns out, Senay observes, the reason people thought sitting in front of a steamy shower worked may have been that the attention itself they were giving the child helped.

The lead author of the study, Dennis Scolnik, says it's more important to hold and calm a child with croup, because the soothing helps restore normal breathing. Just by holding and soothing the child, most attacks resolve within 30 minutes.

Scolnik, a specialist in emergency medicine at the Toronto hospital, said researchers divided the patients into three groups and administered room temperature water vapor by one of three methods.

One group was exposed to mist created by a machine so that its water particles were of an optimal size to reach the vocal cords and larynx — the areas that become inflamed and narrowed with croup. The second group had mist from a tube aimed toward the face (considered equivalent to steam vapor), while the third had air at 40 per cent humidity (the normal level in homes and buildings) delivered through a mask.

"In a nutshell, in mild to moderate croup presenting to an emergency room, the use of humidity, even when it was optimally delivered, did not bring about any further improvement in the children's condition," said Scolnik.

And while mist from a humidifier won't cause any harm, steam from a kettle or a bathroom hot-water tap could be dangerous, he said, noting that cases have been reported of children being scalded or their airways injured.

"People were using steam kettles at home and burning their kids. So that's one of the reasons we wanted to do the study. …If we've got a treatment that doesn't work, that something is dangerous, then should we use it?"

Scolnik, whose study appears in Wednesday's issue of the Journal of the American Medical Association, said another danger is that parents could get a false sense of security using steam or humidity to treat croup at home.

"Don't say, 'My kid's got croup, I'm going to give humidity,' and sit there with a child who might be blue, gasping for breath, not managing," he said. "We should be saying, 'If you tried something — even humidity — and it's not working and you've got in-drawing of the chest, respiratory crowing sounds … you need to get help.' "

Dr. Gina Neto, an emergency medicine specialist at the Children's Hospital of Eastern Ontario, published a similar, but less scientifically complex study in 2002 that reached the same conclusion about humidity's ineffectiveness for croup.

Since then, her hospital no longer employs mist to treat kids who come to the ER with the condition, Neto said Tuesday from Ottawa.

Like Sick Kids' doctors, pediatricians at her hospital give children who need it an oral steroid drug and/or a dose of inhaled epinephrine to reduce inflammation.

Neto said although unproven, taking wee ones outside in the cold air will often alleviate symptoms of croup, which affects children up to five years old (after that age, it is called laryngitis).

"It's very frightening. But most children will be better even after sitting outside for a few minutes," she said, advising parents to "remain calm, wrap the child up and go outside, and most children who have been in cool air for a few minutes will feel better and sound better. And if they continue to have trouble breathing, then bring them in.

"The vast majority of children — more than 90 per cent — by the time they arrive in hospital have actually improved and will require no treatment."

Still, Neto acknowledged it may be hard for parents — and even some long-practicing doctors and nurses — to abandon the notion that humidity is the treatment of choice for croup.

"A lot of things that we consider traditional therapies actually have no proven benefit," she said. "Maybe back in the 1900s there was nothing else you could do (for croup). Our grandmothers said, 'Do this' when you've got a cold. There's no proof that it helps, but it's something to do versus nothing to do."

The Realities Of Human Trafficking