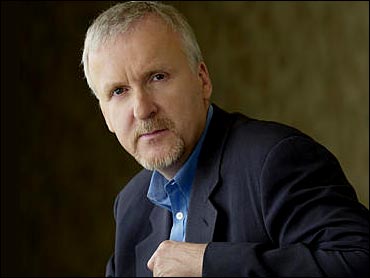 Director James Cameron will be at the Cannes Film Festival for the screening of his officially selected out-of-competition Titanic documentary "Ghosts of the Abyss."

The movie's narrator, actor Bill Paxton, and film crew members will also be there.

Festival goers will be invited to don 3-D glasses for the Imax movie, which will be screened May 17 in the Palais des Festivals' main Lumiere Amphitheater.

The film recounts the efforts of a deep-sea research team to uncover the secrets of the long-sunken ocean liner Titanic. Cameron developed a special underwater camera system to capture the 3-D "Ghost" images.

The movie, which opened in the U.S. in April, is being shown in Imax-format auditoriums and specially retrofitted 35mm theaters.