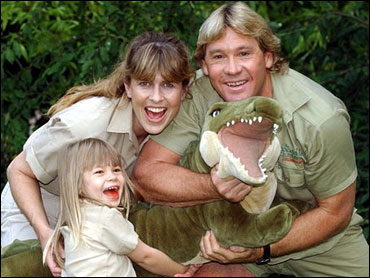 Authorities gave the video of "Crocodile Hunter" Steve Irwin's fatal encounter with a stingray to his family and destroyed all copies to prevent the grisly footage from being made public, an Australian state coroner said Thursday.

Irwin, 44, died on Sept. 4 after being stabbed in the chest by the stingray's poisonous barb while filming a documentary on the Great Barrier Reef off the Queensland coast.

"The footage has been the subject of widespread media interest and it was wholly appropriate that we took all possible steps to ensure something of such a personal and tragic nature did not fall into the wrong hands," Barnes said in a statement. "This is in line with the wishes of the Irwin family."

Police made a small number of copies of the video to assist their inquiry into the cause of Irwin's death, but they were kept under tight security throughout the investigation, the coroner's office said.

Speculation had been rife that footage of Irwin's death could eventually be posted on the Internet.

Calls to the Irwin family's Australia Zoo were not immediately returned Thursday, but in an interview with U.S. television last September, Terri Irwin, originally of Eugene, Ore., said the video should never see the light of day.

"What purpose would that serve?" she told ABC's Barbara Walters, adding that she herself had not seen the video.

Irwin's friend and business partner, John Stainton, has seen the film. He told Walters he never wants to see it again and doesn't want anyone else to see it, either. "It's just a horrible piece of film tape," he said.

The death of the exuberant television entertainer and conservationist set off an unprecedented outpouring of grief. Tens of thousands traveled to Irwin's zoo near Brisbane to drop off flowers and other mementoes, many of them signing khaki shirts instead of a condolence book.
By Meraiah Foley