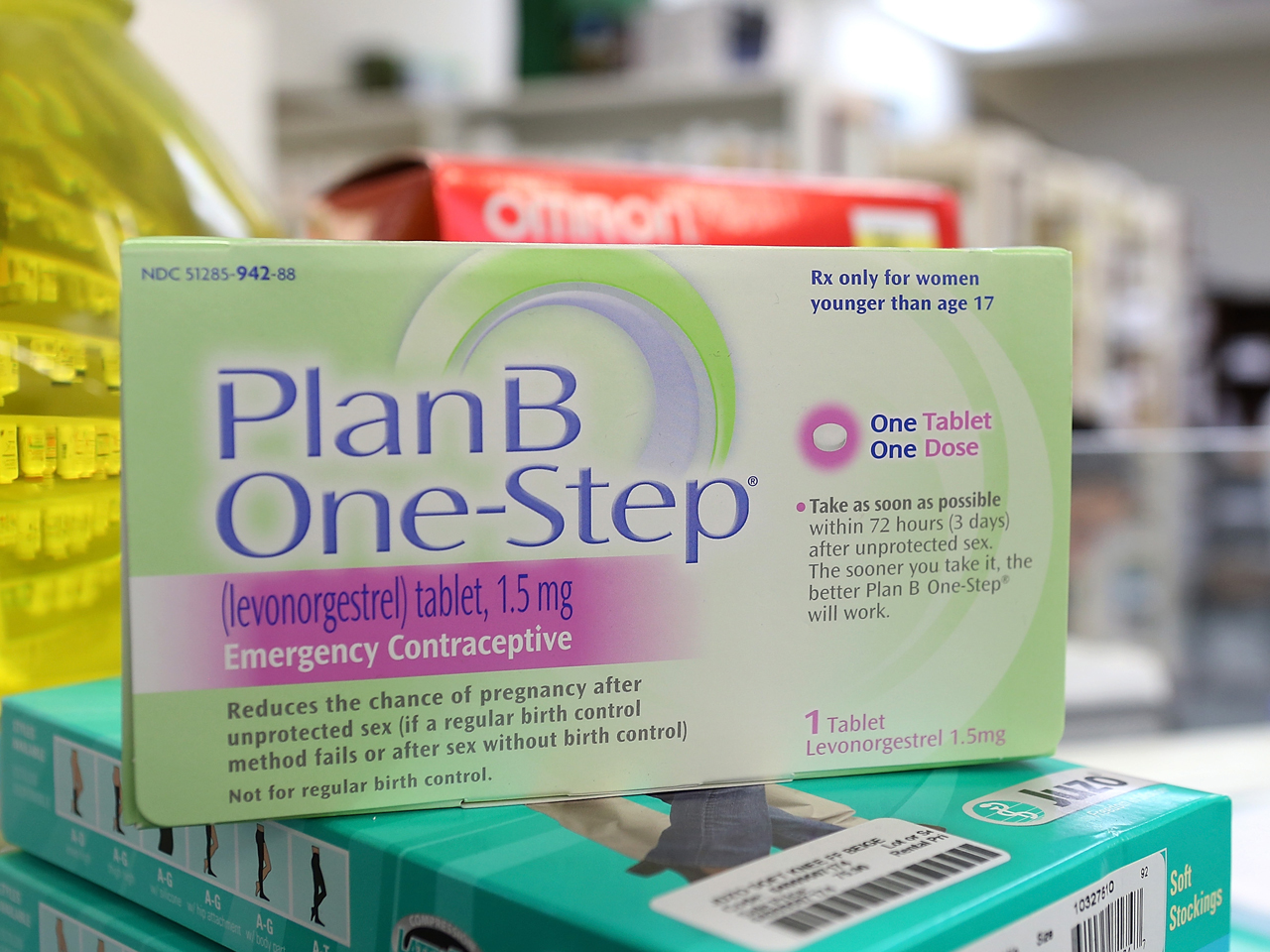 The Center for Reproductive Rights and the Partnership for Civil Justice Fund is threatening to take legal action, after the Food and Drug administration only allowed women 15 and older access to Plan B One-Step without a prescription instead of women of all ages as an earlier judicial ruling had called for.

If the FDA does not comply and lift the age ban, the groups will ask a federal judge to hold the FDA in contempt on Monday.

"Lowering the age restriction to 15 for over-the-counter access to Plan B One-Step may reduce delays for some young women -- but it does nothing to address the significant barriers that far too many women of all ages will still find if they arrive at the drugstore without identification or after the pharmacy gates have been closed for the night or weekend," Nancy Northup, president and CEO of the Center for Reproductive Rights, said in a press release. "These are daunting and sometimes insurmountable hoops women are forced to jump through in time-sensitive circumstances, and we will continue our battle in court to remove these arbitrary restrictions on emergency contraception for all women."

On Tuesday, the FDA approved an application amendment submitted by Teva Women's Health, Inc. that will allow the company to market Plan B One-Step -- one of the "morning-after pills" -- to women 15 and older without a prescription. As part of the agreement, buying the product will require proof of age and will be labeled "not for sale to those under 15 years of age *proof of age required* not for sale where age cannot be verified."

Plan B One-Step will also have security tags placed to prevent theft and will be sold in stores where there is an onsite pharmacy, although the pharmacy does not need to be open if a person wants to purchase it. Usually it is kept in the family planning or female health aisles, but the FDA did not comment if there would be any problems buying the emergency contraception after hours if it is in the pharmacy.

A United States District Court judge had ruled April 5that emergency contraception should be made available to women of all ages, saying that the FDA's requirements surrounding the pill were "arbitrary, capricious and unreasonable." U.S. District Judge Edward Korman gave the FDA 30 days to drop the age and prescription requirements. This upcoming Monday marks the deadline.

"In the face of that order the FDA has issued an announcement that it is willfully placing these restrictions on emergency contraception," Andrea Costello, senior staff attorney for the Partnership for Civil Justice Fund, said to CBSNews.com in a statement. "Just last week, President Obama stated, 'When it comes to a woman's health, no politician should get to decide what's best for you.' Yet he is doing exactly that. If the FDA does not comply with this Court's Order, we will move for contempt."

Costello was co-counsel for the plaintiffs in the New York case Tummino v. Hamburg, which had challenged the FDA's decision to limit emergency contraception to women of all ages if they did not have a prescription.

Teva's application to market Plan B One-Step for women 15 and older was pending with the agency prior to the federal judge's ruling, the FDA said.

Plan B One-Step contains the active ingredient levonorgestrel, which has been shown to prevent pregnancy and is intended to use after a person has had sex without a form of birth control or the birth control did not work. The single pill will not stop a pregnancy if the woman is already pregnant, and there is no medical evidence that it will cause damage to an existing fetus. Plan B One-Step is effective when taken within three days after having unprotected sex.

Currently, there are three forms of emergency contraceptive drugs available for sale in the U.S.: Plan B One-Step, Plan B, and ella. Plan B, a two-pill regimen, requires a prescription for any woman under the age of 17, while ella is only available with a doctor's prescription. The 15 or older rule only applies to Plan B One-Step.

In 2011, the FDA had been prepared to lift the controversial age limit and make Plan B One-Step available for purchase by people of any age without a prescription.

But that December, Health and Human Services Secretary Kathleen Sebelius blocked the move, deciding that young girls shouldn't be able to buy it on their own because they might not properly understand how to use the pill without guidance from an adult.

Cecile Richards, president of the Planned Parenthood Federation of America, told CBSNews.com in a statement that she felt that the Obama administration did the right thing allowing women 15 and older access to the emergency contraception, but much more needs to be done.

The National Organization for Women (NOW) told CBSNews.com in a statement that it feels that the FDA's latest ruling does not go far enough. NOW added that the process of approval should not be stopped by "paternalistic politicking." By allowing all women to access Plan B One-Step, not only could it stop unwanted pregnancies, it would lower the rate of abortion.

NOW asked President Barack Obama to follow the court order to make Plan B available to all women regardless of age without a prescription and without identification.

"Requiring women to show proper documentation will hinder a very vulnerable group of women from purchasing this crucial medication -- including adolescents and low-income women," NOW President Terry O'Neill said in a statement.

Ashton Kutcher on his struggles with vasculitis: "Suddenly, you can't see"
Michelle Castillo