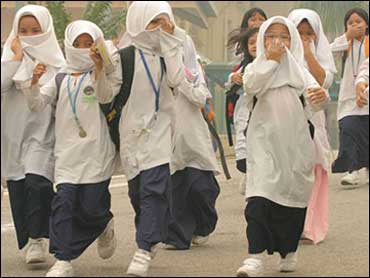 Islamic authorities charged a popular Muslim scholar Wednesday with delivering an illegal lecture in what critics considered an attempt by conservative clerics to silence one of Malaysia's most progressive preachers.

Asri Zainul Abidin has cultivated strong support among young people in this Muslim-majority country for criticizing what he called overzealous efforts by Islamic officials to clamp down on immoral behavior.

The case against Asri, who stepped down last year as the top cleric overseeing Islamic law in a northern state, indicates conservative Islamists are worried about threats to their influence from a younger generation of moderate clerics in Malaysia.

In recent years, clerics have faced criticism for issuing edicts that barred girls from behaving like tomboys and banned Muslims from participating in yoga, although neither was enforced. Earlier this year, an Islamic judge ordered a Muslim woman caned for drinking alcohol. The sentence is yet to be carried out.

Clerics say such practices violated Islam, but the hard-line edicts have hurt Malaysia's reputation as a modern and moderate Muslim-majority country.

Asri, 38, pleaded innocent in an Islamic Shariah court to the charge of conducting a religious lecture in central Selangor state Nov. 1 without authorization from the state's Islamic department. Asri, who remained free on bail ahead of a hearing scheduled for Jan. 5, faces a maximum prison sentence of two years or a fine if convicted.

The Islamic state agency defended its move after detaining Asri earlier this month, saying he had broken the law by not securing official permission to conduct religious talks.

However, Asri said he was a victim of "selective prosecution'' because he has repeatedly said that Malaysia's senior clerics should not be obeyed blindly despite their tremendous clout in dictating how Muslims should live.

Asri has triggered controversy by slamming Islamic authorities who conduct raids on hotel rooms to look for unmarried Muslim couples having sex. He has also defended the right of non-Muslims to use "Allah'' as a translation for God in Bibles and other non-Muslim texts. Other Islamic officials have insisted the word "Allah'' is exclusive to Islam.

The Malaysian Muslim Professionals' Forum criticized the prosecution of Asri and urged Islamic authorities to "respect the right to dissent and to uphold freedom of expression, and to argue based on wisdom and not on hearsay or personal attacks.''