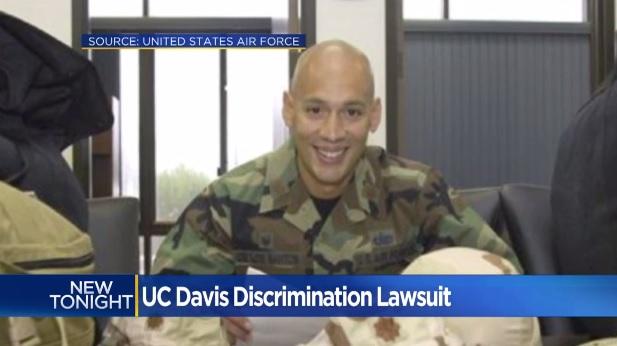 DAVIS, Calif. -- A lawsuit filed against University of California, Davis claims the school discriminated against a decorated Air Force veteran, which drove himself to commit suicide.

CBS Sacramento reports the incident happened back in October 2015, but new details are just being released.

But three months later, trouble spiraled out of control quickly during a weekend retreat with co-workers. One witness claims it was more like a booze cruise, saying Santos was misbehaving.

The university launched an investigation into the alleged inappropriate behavior, and a day later, campus officials sent Santos an email placing him on leave.

Santos took his own life a few hours after receiving that email.

According to the lawsuit, university administrators violated federal and state discrimination laws by treating him differently because he was a veteran.

"They were concerned that he would show up with a gun and that he would have to be escorted off campus by security, and he said they made it clear that that was because he had a military background," said Santos' family attorney, Annabelle Roberts. "For them to have a knee-jerk reaction because in administrator in the Air Force might somehow be violent because he's been in the military, I mean that's blatant discrimination."

"This man had served his country for 23 years on active duty, and he had a chest full of metals," said added. "I believe in his mind, and so does our expert, that he was immediately imagining what would happen to him in the Air Force."

The university is not commenting on the lawsuit.

However, campus officials released a statement that reads in part: "After the university received allegations of potential sexual harassment during an overnight staff retreat, he was promptly placed on paid administrative leave so a thorough investigation could occur. Although many of the employees who attended the retreat were not involved in any improper conduct, those who were received appropriate disciplinary action. Other actions were taken to ensure that similar misconduct did not occur in the future."

Roberts says she believes the suicide would have never happened had the university protected Santos' rights as a veteran and an employee.