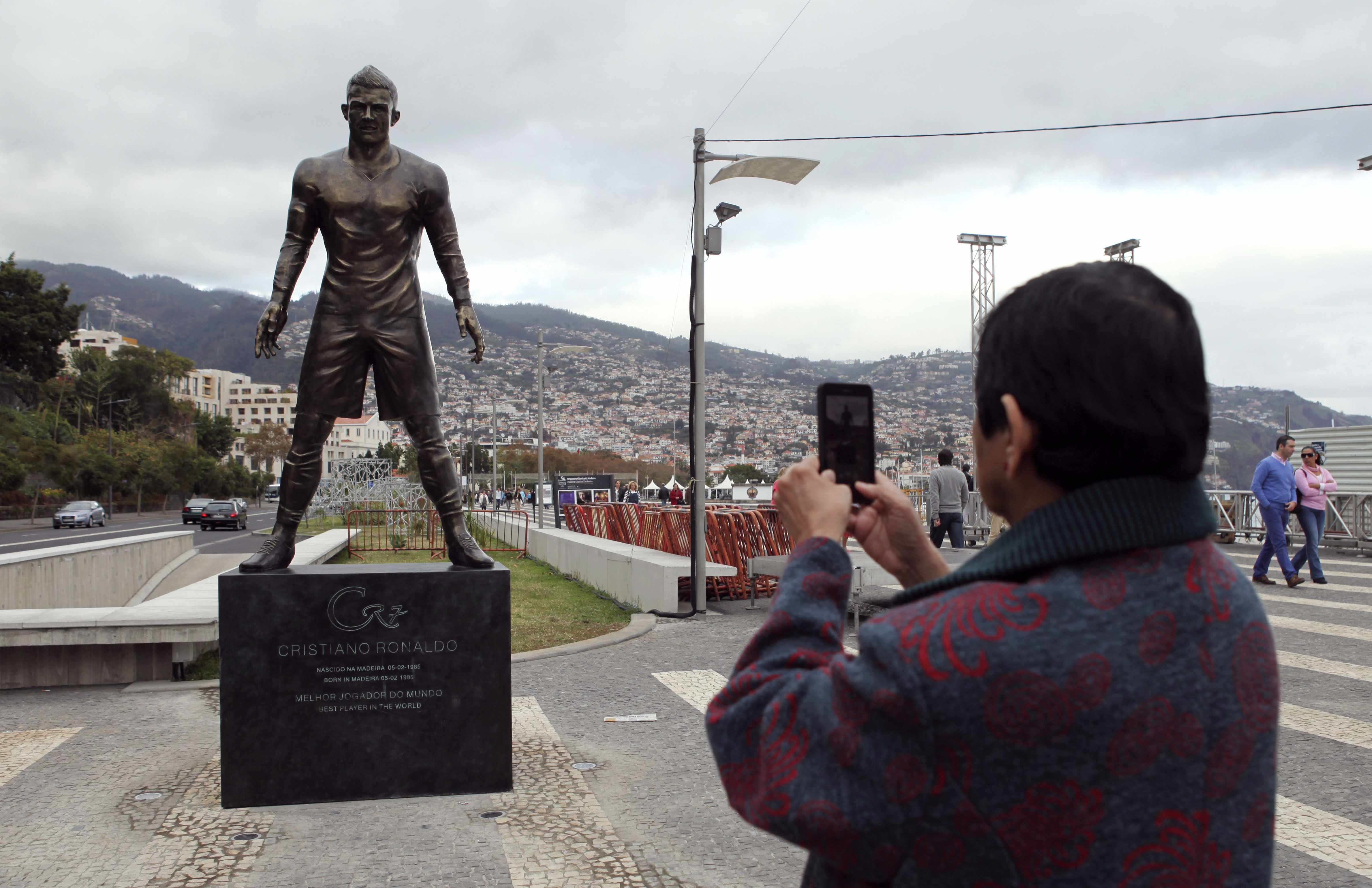 LISBON, Portugal -- Cristiano Ronaldo once declared: "I am handsome, rich and a great player and people are jealous of me."

But now the soccer star admits that there is someone "prettier" than him -- a statue of himself.

Rondalo unveiled the bronze statue on his home island of Madeira in Portugal.

He calls the larger-than-life statue "prettier than me," according to Spanish news agency Europa Press.

Ronaldo already has a museum dedicated to his career on Madeira.

He says "I never expected to have a statue in my life."

This is not the first replica of Ronaldo. A wax figure of the Portuguese footballer was unveiled at Madame Tussauds, in London in 2010.