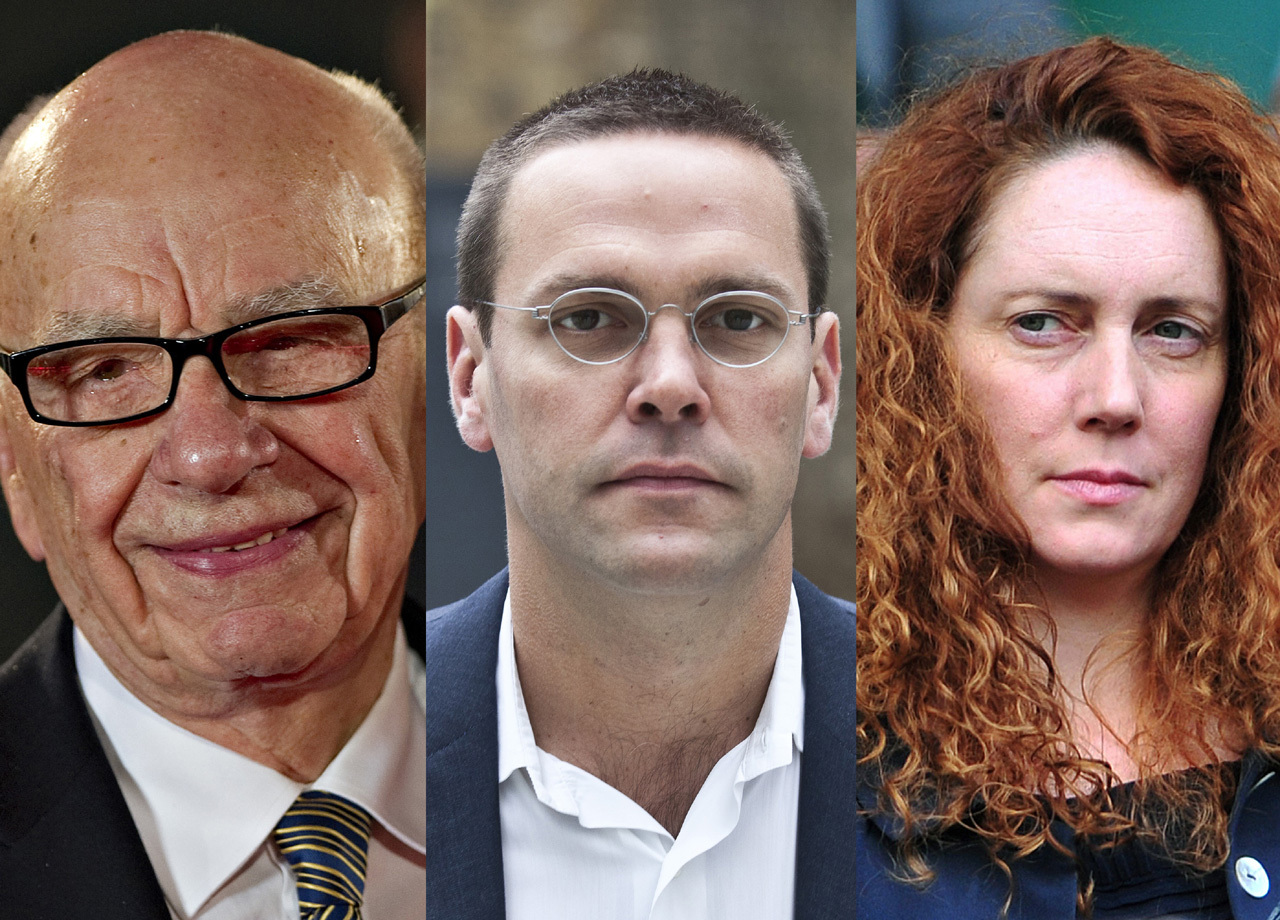 LONDON - There are now two criminal inquiries gearing up into the activities at Rupert Murdoch's British newspapers - one into phone hacking and the other into alleged police corruption.

Murdoch will face the fury of members of Parliament this week as the intensifying voicemail hacking and police bribery scandal cuts deeper into his media empire with the arrest of his former British newspaper chief and the resignation of London's police commissioner.

But Stephenson's resignation was followed Monday morning by that of Assistant Police Commissioner John Yates.

London Mayor Boris Johnson said Monday that Yates resigned after being told he'd be suspended. Yates made a decision two years ago to not re-open police inquiries into electronic eavesdropping of voice mail messages, saying he did not believe there was any new evidence to consider. He has said in recent weeks he regrets that decision.

Detectives reopened the investigation earlier this year and now say they have the names of 3,700 potential victims.

These latest developments are ominous not only for Murdoch's News Corp., but for a British power structure that nurtured a cozy relationship with his papers for years.

She told lawmakers that at moments like this "it is natural to ask whom polices the police" and announced that the Inspectorate of Constabulary would look at links between the police and the press.

Today the leader of Britain's Labour Party Ed Miliband said that "there is a yearning for a more decent, responsible country.

"We need to restore responsibility as the great British virtue, from the boardroom to the benefits office," he said.

British Prime Minister David Cameron on Monday called for an emergency session of Parliament to brief lawmakers on the spreading phone hacking scandal, trying to gain control of a crisis that is threatening not only Rupert Murdoch's media empire and the upper echelons of London's police force but his own government.

Parliament is due to break for the summer on Tuesday, after a hearing in which Murdoch, his son James and his former British chief executive Rebekah Brooks are to be questioned on what they did or did not know about the dirty tricks of their papers.

But Cameron said "it may well be right to have Parliament meet on Wednesday so I can make a further statement."

Murdoch's testimony Tuesday will be broadcast live and will be quite a contest, said CBS News correspondent Elizabeth Palmer, between politicians who are under huge pressure to get some answers in this affair and a man whose huge business empire is at stake.

All of Britain will be watching - and so will investors around the world.

"He's the man of the moment," media expert Steven Hewlett told "The Early Show." "He's the man than investors have followed, he's the man whose judgment always comes out right, and in this case is - on the face of it - found to be wanting."

Deputy Prime Minister Nick Clegg said Murdoch "needs to come absolutely clean about what he knew, about what his senior executives knew, and why this culture of industrial-scale corruption — so it is alleged — appeared to have grown up without anyone higher up in the food chain taking any real responsibility for it."

Also attending tomorrow's hearing will be Brooks, whose spokesman David Wilson has confirmed that she will appear. She has now been bailed after her arrest yesterday, and spending several hours answering questions at a police station.

Brooks, 43, was editor of News of the World between 2000 and 2003, when some of the phone hacking took place, but has always said she did not know it was going on, a claim greeted with skepticism by many who worked there.

Brooks' lawyer, Stephen Parkinson, said Monday that she wasn't guilty of any criminal offense and insisted police face serious questions about why she was arrested on suspicion of phone hacking and bribery.

Parkinson said Brooks was held and questioned for nine hours on Sunday, but detectives did not accuse her of any crimes.

He said Monday that police would "have to give an account of their actions" considering "the enormous reputational damage" Brooks' arrest had caused.

At an appearance before U.K. lawmakers in 2003, Brooks admitted that News International had paid police for information. That admission of possible illegal activity went largely unchallenged at the time and lawmakers are keen to ask her about it again.

She is often described as a surrogate daughter to the 80-year-old Murdoch, and her arrest brought the British police investigations into the media baron's inner circle for the first time.

"Rebekah was at the top of British society," Lloyd Grove, editor-at-large for Newsweek and The Daily Beast, told CBS' "The Early Show." "She started out as a secretary and she rose to the top of the newspaper division. She knew David Cameron, she was friends with every prime minister during her tenure, and now she is part of the criminal investigation."

On Sunday Sir Paul Stephenson, the chief of London's 30,000-strong police force, stepped down yesterday - not because he personally did anything wrong, but it was on his watch that a Murdoch newspaper editor (since arrested in the hacking scandal) was hired as a PR consultant to the police.

Stephenson said he did not make the decision to hire former News of the World executive editor Neil Wallis and had no knowledge of allegations that he was linked to phone hacking, but he wanted his police force to focus on preparing for the 2012 London Olympics instead of wondering about a possible leadership change.

"I had no knowledge of the extent of this disgraceful practice and the repugnant nature of the selection of victims that is now emerging," Stephenson said. "I will not lose any sleep over my personal integrity."

So far 10 people have been arrested in connection to the hacking scandal. One of the ten, Laura Elston, a royal reporter with the Press Association news agency, has been "dropped from the inquiry," her lawyer said Monday.

Elston, arrested last month, was the only person detained who has no links to Murdoch's shuttered tabloid News of the World.

Cameron's Conservative-led government is now facing increasing questions about its relationship with Murdoch's media empire - and the political connections may be the next shoe to drop.

"This morning David Cameron's in South Africa on a state visit, and he's answering questions at press conferences about this, and it's hurting his political standing," said Grove. "So he might be vulnerable, as well."

Labour's Ed Miliband took the police commissioner's resignation as an opportunity to light a fire under Cameron: "Sir Paul Stephenson yesterday made an honorable decision and took responsibility. It is of great concern however that the Commissioner of the Metropolitan Police was unable to discuss issues with the prime minister because of his employment of Andy Coulson. It is also striking that Sir Paul Stephenson has taken responsibility and resigned over the hiring of Mr. Coulson's deputy, when the prime minister hasn't even apologized for the hiring of Mr. Coulson.

"We need leadership to get to the truth of what happened but the prime minister is hamstrung by the decisions he made and the refusal to face up to them," Miliband said.