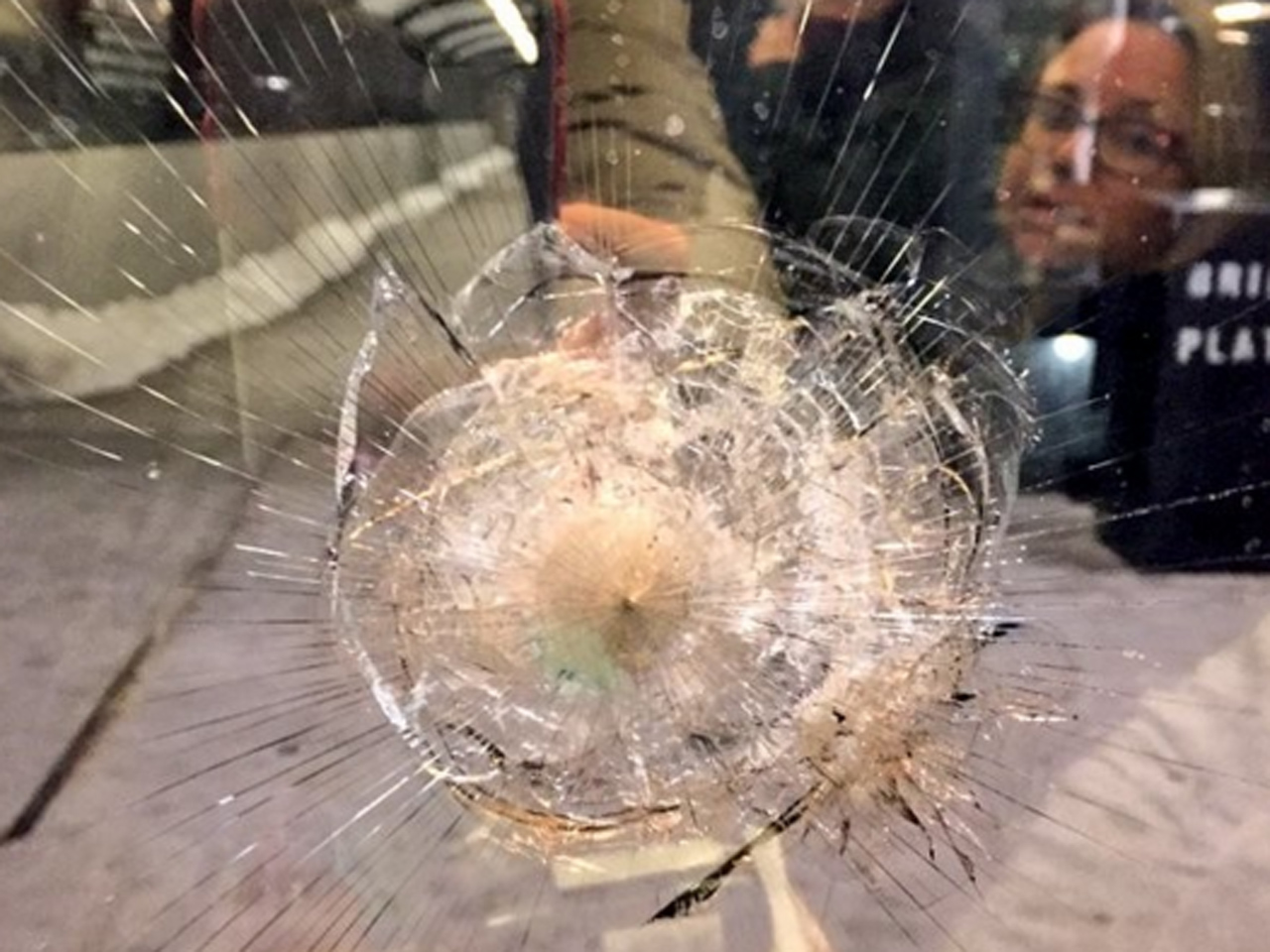 NEW YORK -- Amtrak says it's trying to find out what hit one of its trains and cracked a window as the train was traveling from Washington to New York Sunday evening.

According to the rail line, unidentified objects were thrown at an Acela Express train in Bridesburg, Pennsylvania at around 7 p.m. It had 201 passengers. No injuries were reported.

Taylor Lorenz, 30, of Park Slope, Brooklyn, was sitting just a few seats down from the damaged window.

"There was this great boom. Sounded like a tray table drop. Like really hard and strong and loud," Lorenz told CBS New York.

She said Amtrak police came on board to investigate when the train stopped at the Metropark station in New Jersey.

"Oh my God, something hit the train," she continued. "And immediately everybody looked at it and said, 'Oh my God, it's a gunshot," Lorenz said. "Is that a bullet in there? What's going on?"'

But on Sunday night, Amtrak said it didn't know what struck the train and cracked the window.

Lorenz said one thing that struck her is something the conductor said.

"Amtrak and local authorities are investigating the incident, including the type of objects hitting train," Amtrak officials said in a statement.

The incident comes on the heels of a deadly Amtrak Derailment last May, when a dispatcher reported that the train had been hit by a rock or shot at. That train was also an Acela heading to New York.

The National Transportation Safety Board was scheduled to release more information about that crash Monday.