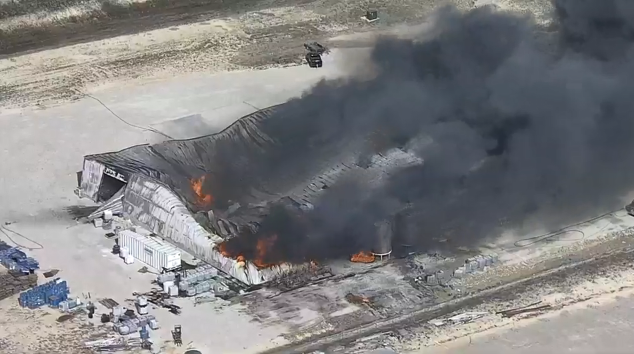 CRESSON, Texas -- Firefighters say an explosion occurred at a chemical plant in Hood County, Texas, CBS Dallas-Fort Worth reports. One person was missing and another was badly burned in the blast, which occurred at Tri-Chem Industries.

The family of Dillon Mitchell, a 27-year-old man who works at the plant, says he is the employee that remains missing at the site. They also say he "saw sparks" before the explosion occurred.

At least four ambulances responded to the scene. Authorities are advising the public to go to a hospital if they came into contact with smoke from the explosion.

The incident occurred in the city of Cresson. Billowing smoke from the fire forced the Texas Department of Public Safety (DPS) to close part of southbound Highway 377 in Hood County and Highway 171 in Cresson.

Cresson Mayor Bob Cornett said the liquid chemical plant manufactures products like soap and acid. He said there has been a massive fire department response to the explosion.

The Fort Worth Fire Department is sending 10 units to the scene for fire and hazardous materials support.

No evacuations have been reported.

The cause of the explosion is being investigated.