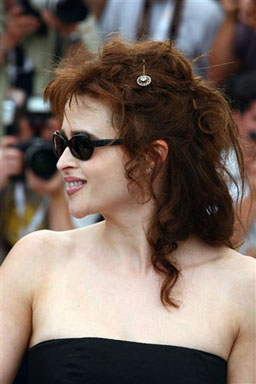 In the end, Bobby Cremins made it easy for everybody.

The white-haired coach who took Georgia Tech's woeful program to national prominence before watching it fall into mediocrity the last four years, announced Friday he will retire at the end of the season.

The news was a welcome relief for athletic director Dave Braine, who attended the news conference along with school president Dr. G. Wayne Clough and members of the basketball team.

Braine was spared the potentially explosive decision whether to fire the popular 52-year-old Cremins, who had been at Tech since 1981.

"I don't know if I could have survived (the alumni). I don't think I could have won that battle," Braine said.

"Bobby Cremins does not have an enemy. He has some dissenters right now, but he has the people who really count and the people in the athletic association. Nobody is going to say a bad word about Bobby Cremins," he said.

In the tearful farewell, Cremins read from a statement.

Before he began, and when he was finished about three minutes later, he drew long and loud applause from the room packed with about 100 media and school officials.

"I feel the time has come for new leadership in our basketball program," Cremins said. "I had hoped to have a better record at this time and be in the hunt for an NCAA bid. Had this occurred, I planned on coaching at Georgia Tech for a long time."

That didn't happen. Tech is 11-13 overall and 3-8 in the Atlantic Coast Conference with five games left in the regular season.

No announcement was made about a successor.

Braine said a committee had been formed to begin the search for a coach, but he wouldn't discuss possible candidates.

Cremins, who was owed $2.1 million for the three years remaining on his contract, will receive a $1.5 million settlement to be paid over the next four years, including $300,000 immediaely.

"It's a very good one," Braine said. "It's a special situation because Bobby has been here so long and the last thing Georgia Tech wanted to do was treat Bobby unfairly."

Cremins appeared pleased with the settlement.

"I'll be able to take some time off. I don't have to work and I can just enjoy life. I can work on my golf game, which is bad, and who knows, I might just coach again," he said.

At the start of the season, Cremins told Braine he would resign if this year's team, featuring a front line of 7-foot Jason Collier and 6-11 shot-blocker Alvin Jones, didn't make the NCAA tournament.

Under Cremins, Tech has had 10 NCAA appearances, three ACC tournament titles, one ACC regular-season title and a share of another. The 1990 team made it to the Final Four.

But the last four seasons have not been good, going only 18-41 in the ACC.

Cremins took over a Tech program in 1981 that was coming off a 4-23 season and had lost 27 of 28 ACC games since joining the conference.

By Cremins' fourth year, the Yellow Jackets were ACC champions and en route to a string of nine consecutive invitations to the NCAA tournament.

Cremins nearly left Georgia Tech in 1993, actually accepting an offer from his alma mater, South Carolina. But, after 48 hours, he returned to Atlanta, admitting he made a mistake and saying he wanted to finish his career with the Yellow Jackets.

Things were never the same.

Tech's NCAA streak came to an end in 1994, and the Yellow Jackets' only appearance since came in 1996 when they made it to the round of 16 before falling to a 9-18 record the following season.