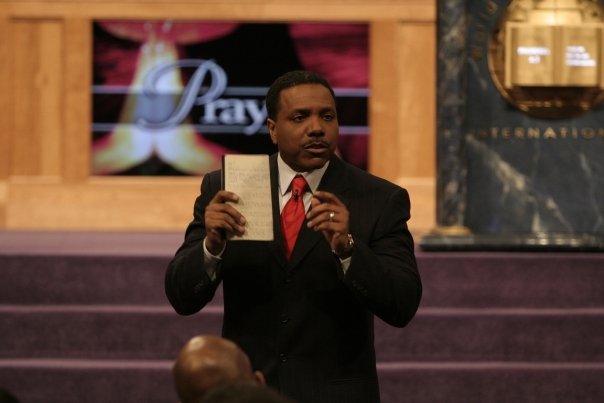 Fayette County deputies took the 50-year-old pastor into custody from his home on Thursday night for allegedly "intentionally caused physical harm to his teenage daughter by grabbing her around the neck and choking her," according to FOX 5 News.

An arrest warrant stated that the assault caused a scratch on the right side of the 15-year-old's throat. The report alleged Dollar then threw her to the ground, punched her and hit her with his shoe, CBS Atlanta reports.

The pastor told police his daughter "became very disrespectful" after he told her she couldn't go to the party, according to the report. He admitted to spanking his daughter and wrestling her to the floor but said it was because she hit him.

Dollar is the founder and leader of the non-denominational World Changers Church International based in Fulton County, Ga. The megachurch reporteldy generates tens of millions of dollars each year, FOX 5 News reports.

He was reportedly released on a $5,000 bond on Friday.