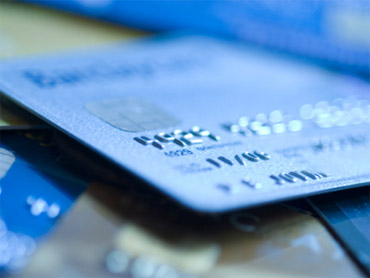 NEW YORK - There are more than 180 million credit card holders in the United States, according to the Census Bureau, and the concept of credit isn't going anywhere.

But changes in technology could one day make all that plastic a thing of the past, or at least an alternative payment method, as opposed to one of first resort, observed AOL Consumer Adviser LaToya Drake on "The Early Show on Saturday Morning":

Apple is rumored to be adding a new level of technology to the next versions of iPhones and iPads that would enable you to make purchases in stores by simply swiping the phone near a reader. The technology is called a Near Field Communication chip, or an NFC chip. It's a chip inside a smart phone that can be waved in front of a reader and used to pay for things in stores. The thinking is Apple would have direct access to your banking info. It would work the same way you can use your debit card. It would draw the money from your bank account.

When are we expecting to see this?

The new iPad is supposed to drop in April, and this might be one of its features. So we're really looking at it coming out in the next quarter.

Does the technology exist elsewhere?

The technology does exist in a few places. One is in credit cards with something called PayPass, a feature on your card that enables you to tap and pay. Or you can have such technology on your keychain. Not all establishments accept it - they have to have a special terminal for it. You'll see it because it will say "PayPass," and you just tap the card or PayPass device and go. PayPass rolled out in 2005. McDonald's and other places have it or the keychain tech. So, this is an example of the technology, but still in the context of a credit card.

The other side of this is that there are some phones with NFC chips. For example, Nokia's C7, which came out at the end of 2010, as well as many Nokia phones rolling out this year have the chip in them. BUT the software for the chips isn't advanced enough yet. So the chip is in there, but you can't use it just yet. When the software is ready, you'll be able to upgrade your phone and use it. But there aren't any solid dates on that yet.

Are there smart phone apps that already enable people to spend using their phone instead of their wallet?

There are a lot of different apps out there along those lines. Again, this isn't the technology the Apple rumors involve, but it does touch on the concept that smart phones are stepping in to replace old behaviors. For example, you can now have your boarding pass on your smart phone instead of getting a physical pass with your credit card when you arrive at the airport. Starbucks has a new app that enables you to buy drinks using your smart phone instead of cash or your physical credit card.

How about safety? If your phone has NFC technology and you lose it, can people starting charging things to your account, or will there be ways to freeze spending?

Apple benefits since the technology, if it hits, will be new, and will be theirs, and they'll be first into the business. Apple would become the new middleman - your bank info and the transactions will go through them. Apple wouldn't have to pay processing fees to other credit card companies, which it does now when you make iTunes purchases.

One other point is how this will affect business owners. They will have to purchase the device to accept payment through an iPhone (in the same way that businesses have to purchase the device that accepts PayPass). So, while consumers may be on board and ready to start using their iPhones and iPads for mobile transactions, they may be limited by how many businesses accept that form of payment.

What are the major benefits to the consumers?

Ease of use. There's a newness to it. Just as when the iPad came out, many people like that sense of being ahead of the curve with technology. The notion that it's easy to use and someone is ahead of the trend could be appealing. And if it goes over well, you might start seeing benefits programs and loyalty programs roll out, too, so your phone would be a one-stop-shopping hub encompassing everything - spending, savings, etc.

What are the major drawbacks for consumers?

Safety, of course; wondering if someone can hack into your phone wireless without you knowing. And of course, losing your phone would pose a greater risk, opening you up to a lot of problems in terms of bank data and security. There's also the possibility that people will spend more. There's a tendency that, when you spend hard cash, you spend more sensibly. This will make spending SO easy. It's like when you're downloading songs or apps: They already have your credit card number, so it's easy to drop the money. Ninety-nine cents here, 99 cents there. People might spend more liberally with the new ease of spending.

What should people keep in mind as this technology becomes more prevalent?

This isn't something people are going to adopt en masse. You'd have the people who are curious at first. They'd have to see how it plays out. People would still have credit cards, but this would just create another avenue for making those purchases.

Are credit cards going the way of the Edsel?

I don't think that this means credit cards are going to become obsolete. I think this is just another mechanism for people making purchases. Something like credit cards doesn't go away overnight. But people would have another option for making purchases. What you really are left wondering is if credit cards will become the backup instead of being the first line of action. Maybe people will just hang onto them in case their smart phone's battery runs out and they need a way to pay!