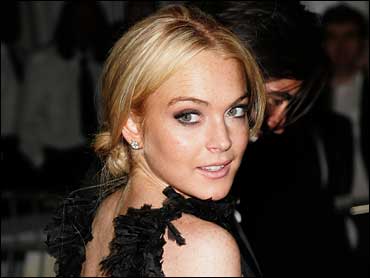 Lindsay Lohan's second stint in rehab could cost thousands of dollars in sponsorships for her two-day Vegas birthday bash, according to the New York Daily News.

The starlet had been planning to celebrate the July 2 milestone birthday in Sin City.

The newspaper says that the first sponsor to back out of the event was Svedka vodka. Now Caesars Palace, the Social House restaurant at Treasure Island and Pure nightclub, are wondering whether it makes sense for the star to jet to Vegas after she checks out of rehab.

She is reportedly expected to spend 30 days in Malibu's Promises facility, which means she would be released the week before the party.

One insider told the newspaper: "Rules are much stricter in Vegas than in New York or L.A. because we have casino gaming (licenses). When Ashlee Simpson did her 21st at Pure, they had to keep her on the red carpet literally until 12:01 a.m. on the day of her birthday."

The company that is handling the birthday events would not comment to the newspaper on whether things are going ahead as planned. "We think the world of Lindsay and wish her the best," a spokeswoman said.

Some of the sponsors may be more on edge since authorities in California are reportedly conducting undercover operations at trendy celebrity hang outs in Beverly Hills to determine if Lohan was served alcoholic beverages before her car crash over Memorial weekend.

"I think it's been a long time coming for some of my friends that have clubs out in Los Angeles. They don't have to worry about getting into trouble because I'm underage," she said. "I think I'm doing a party in Vegas, which makes sense because I've never been able to go out there. I have never gambled there."

Lohan's birthday party isn't the only thing that is potentially in jeopardy. The Associated Press reported on Wednesday that although she was scheduled to begin work on the film "Poor Thing" this week, the film's producers, actress Shirley MacLaine and Rob Hickman trying to rearrange the shoot to accommodate her rehab stint.