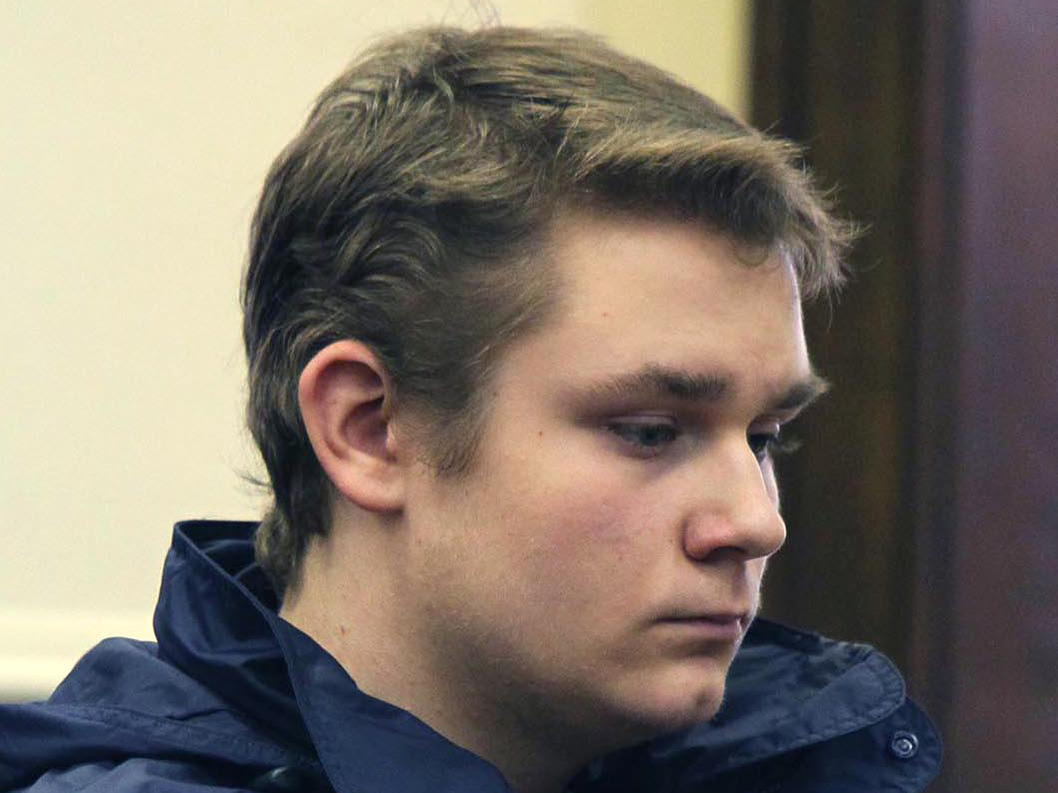 (AP) AKRON, Ohio - A teenager was sentenced to life in prison with no chance for parole Friday for his role in a deadly plot to lure men desperate for work with phony Craigslist job offers.

Judge Lynne Callahan sentenced 17-year-old Brogan Rafferty, who had been convicted on Oct. 30 of aggravated murder and attempted murder in the deaths of three men and wounding of a fourth.

The sentencing was delayed from Monday amid talks on a deal for leniency in return for Rafferty's testimony against the alleged triggerman. Rafferty was looking to avoid a life sentence without hope of parole.

The jury rejected the defense claim that Rafferty feared for himself and his family if he didn't cooperate with his co-defendant, Richard Beasley of Akron.

The 53-year-old Beasley, described as the teen's spiritual mentor, has pleaded not guilty and faces a Jan. 7 trial.

Prosecutors say the victims, all down in their luck and with few family ties that might highlight their disappearance, were lured with phony offers of farmhand jobs on Craigslist last year.

One man was killed near Akron and the others were shot at a southeast Ohio farm during bogus job interviews.

Prosecutors say robbery was the motive.

Rafferty, a high school student from Stow, was tried as an adult but didn't face a possible death penalty because he is a juvenile.

Beasley, an ex-convict and self-styled street minister from Akron, could face the death penalty if convicted.

The surviving victim, 49-year-old Scott Davis of South Carolina, testified as the prosecution's star witness. He identified Rafferty as Beasley's accomplice and told the jury a harrowing story.

Davis, who was looking to move close to his family in the Canton area, said he was walking across what turned out to be a bogus job site when he heard a gun cock and turned and found himself face to face with a handgun. He said he pushed the weapon aside, was shot in the arm and fled through the woods.

During Rafferty's trial, defense attorney John Alexander painted Beasley as the mastermind and said that the first killing came without warning for Rafferty.

The three murdered men were Ralph Geiger, 56, of Akron; David Pauley, 51, of Norfolk, Va.; and Timothy Kern, 47, of Massillon. Authorities say they were targeted because they were older, single, out-of-work men with backgrounds that made it unlikely their disappearances would be noticed right away.