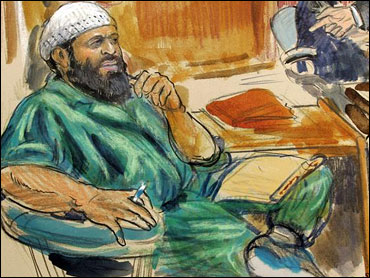 The St. Louis Rams are showing no signs of faltering. Steve Young and the San Francisco 49ers have some big decisions to make about the future of the Hall of Fame quarterback. And could Michael Irvin's neck injury force him into early retirement? What will happen in Week 6?

To help you out CBS.com will be sitting down with CBS Sports announcers all season to give you their previews and opinions about current NFL news and each week's schedule.

CBS Sports broadcaster and former NFL player Craig James is hear to kickoff the sixth week of the season.

CBS.com: Despite suffering his fourth concussion in three years - it seems that Steve Young has gone against his doctor's advice and certainly the advice of the 49ers to continue his NFL career. What is your opinion when it comes to making a decision between someone's career verses possible further injuries?

Craig James: We all have to have belief that Steve Young is an intelligent guy and that he has a great doctor and that he is going to make the right decision for himself.

The doctor might say it is okay for you to go back right now and there is no problem with it. But you have to really wonder in the back of your head here, and in your mind, it is like hey, if this guy gets head again - or if he gets hit two or three more times, what is that going to do? What will the next one be?

And I am sure the doctors have analyzed that, and they have taken all that into consideration. Steve is a competitor and his legs are still good, his arm is great and he wants to play and win. If he can play safely I am sure he'll do it. And I've got to give him the benefit of the doubt that he has taken everything into consideration.

CBS.com: We are headed towards the middle of the season, how do you feel the new instant replay system is working out?

Craig James: Sometimes I think replays work and Instant replays there. It is right on top of it. Then there are other times when I think is they are just like crazy, they are botching it.

Now we are getting into the human side where the referee is just afraid to make a decision.

For 90 seconds to try to make a big-time decision is proven, I think at times, to be too much for these referees. They have got a whole lot of responsibilities on that field. And to put this kind of burden on them I think that is where we are shutting it down right now.

CBS.com: What are the key games or match-ups to look out for in Week 6?

Craig James: Every key game is on CBS, wherever that is. I don't know, there are a bunch of good football games out there.

Neither team has a great running game, but hey both have great quarterbacks. And because of that I am going to watch every play.

CBS.com: With the success of Bills's Doug Flutie and the Rams' Kurt Warner - do you feel that this could bring new wave of players out of the CFL and the Arena Football League and the European Football League?

Craig James: You know, the truth be known. I don't think the general managers, personnel directors, coaches, I don't care, and they don't care where a quarterback comes from. As long as they can find a quarterback.

I think that NFL Europe has really helped to bring around quarterbacks, a Dameyune Craig, Kurt Warner. All these quarterbacks who have had a chance to go somewhere else and play.

The quarterback position, when you leave college, who have stepped it up a huge amount. Just trying to figure out. I used to throw a half-back pass and I hated having to read one little thing. These guys come in and have to know the entire playbook and read everything. And if they sit on the bench and watch the guy, the veteran at practice Monday through Friday they never learn. So by going to Europe, or to Canada, or t somewhere else to play, they have the chance to go out and actually throw the football and read defenses.

And the bottom line, you either have it or you don't have it. And if you are able to go somewhere where you can play and work on your skills, a coach will find you, a personnel director, a scout, they'll find you. A Kurt Warner, it showed up - the cream rises to the top.