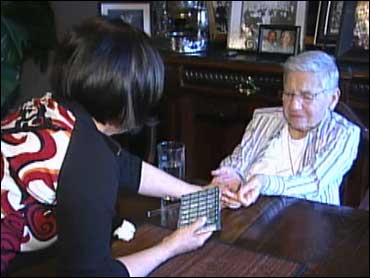 Keith Tkachuk's ailing ankle didn't slow down the Phoenix Coyotes much. Not with Jeremy Roenick and newcomers like Trevor Letowski and Benoit Hogue to take up the slack.

Tkachuk spent less than nine minutes on the ice Saturday night before leaving for the locker room, and that's when Roenick scored two goals on assists from Hogue to lead the Coyotes to a 4-3 victory over the Calgary Flames.

The victory tied the Coyotes with Dallas for first place in the Pacific Division.

"It's good to get back on the winning ways," Roenick said.

Roenick's second goal his 26th of the season seemed unnecessary when he put it in with 1:42 remaining. But it turned out to be his ninth game-winner this season after the Flames finally solved Phoenix goalie Sean Burke and scored twice in the final 1:11.

Steve Begin and Bill Lindsay, who got his goal with four seconds remaining, scored on the last two shots by Calgary, which lost its third straight in an 0-7-1 skid.

"They didn't have very much, and you know they're a good hockey club," Flames coach Brian Sutter said. "We had to work so hard for our goals, and I don't think they had to work very hard for theirs."

Begin, a rookie recalled from the minors on Monday, scored his first NHL goal when he dived for a rebound and tapped it past Burke, who lost track of the puck after stopping a shot by Jason Wiemer.

Burke made 29 saves and won for the first time in three games since he was sidelined one game with a groin strain.

Letowski, also a rookie, scored short-handed for Phoenix's first goal, and Teppo Numminen had two assists as the Coyotes snapped their two-game losing streak and improved to 10-2-2 against the Flames since moving to Arizona in 1996.

Hogue got two points in his first action with the Coyotes, who signed him as a free agent Feb. 3.

He started on the third line, but moved up to the first to play left wing when Tkachuk aggravated a sprain that forced him to miss one game and slowed him during Phoenix's two-game losing streak before this one.

"You saw exactly what we were expecting to get," coach Bob Francis said. "Someone who can skate, plays smart and adds a lot of depth to our team."

The Flames got a power-play goal from Jarome Iginla in the first period, but weren't able to get anything past Burke from then on until they scored with their last two shots.

Roenick made it 3-1 with 5:14 left in the second period when he took a pass from Numminen just outside the crease and flicked it behind Giguere.

Tocchet broke a 1-1 tie just 1:34 into the second, tapping in the rebound of his own shot as he skated diagonally across the crease.

Both first-period goals came with a Calgary advantage.

Letowski's goal was his third short-handed goal this season and the NHL-best 11th for the Coyotes, breaking a deadlock with the St. Louis Blues.

He beat Giguere, who had 26 saves, with a 62-foot shot from just beyond the blue line.

"It was a big one, and we had to win it," Letowski said. "It wasn't anything fancy. I know we didn't get any power-play goals (in five chances), but our power play was a positive. We got a lot of chances."