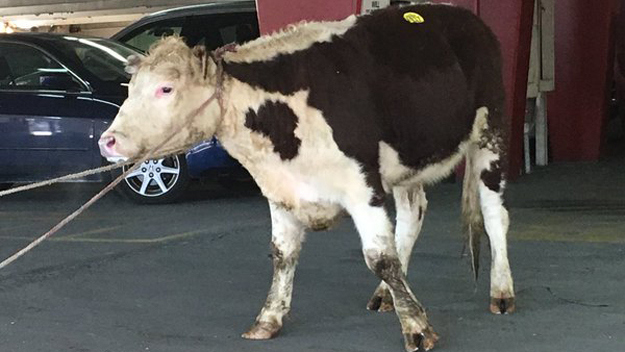 The animal escaped from a slaughterhouse in Jamaica, Queens.

Dashcam video posted to Twitter showed the cow running through the intersection at 164th Street and Jamaica Avenue in the outer New York City borough.

The animal was tracked down at a parking garage.

Azan Kahn said the cow had been delivered from Upstate New York, and was being transferred from a trailer when he got loose.

Often times animal escapees are pardoned and end up on greener pastures, but no such luck for this courageous cow, CBS New York reports.