Not long after the first images of the aftermath of the crash of a small aircraft into a building in New York City appeared on news stations this afternoon, CBSNews.com dispatched broadcast associate Muni S. Jaitly and assistant producer Nicole Evatt to the scene of the crash. I spoke to them about covering the event.

Video:
NYC Residents React To Crash
"We got into the cab [from the CBS News broadcast center] and said we wanted to go to 72nd and York, and the cabbie just looked back at us, like, no," recalls Jaitly. When the cabbie saw camera equipment, he calmed down and agreed to take them, but they were only able to get to the corner of 64th and 1st Avenue.

Much of the area around the building was roped off, but there was a street corner reserved for press where roughly 30 cameramen jostled for position. Anderson Cooper walked by; radio reporters phoned in reports; potential witnesses were "clobbered" by journalists desperate for footage. "Everyone was just trying to find someone on the scene who had seen something or heard something," says Evatt. When a reporter found someone willing to talk, other reporters swarmed around. "There was a lot of piggybacking going on," she says.

Jaitly and Evatt found a bartender who had heard something, but his boss would not let him speak on camera. The police wouldn't talk, most of the people in the area had not seen anything, and a number of bystanders rejected them when they requested interviews. Jaitly and Evatt ducked under a roped off barrier looking for other witnesses, but an angry police officer wielding a rifle soon screamed at them to clear the area. By now it was raining, the fire was seemingly out, and the pair had all of the footage they thought they would get, some of which was pretty solid. They got a cab back to the office and uploaded what they had to CBSNews.com. You can see it in the box above. 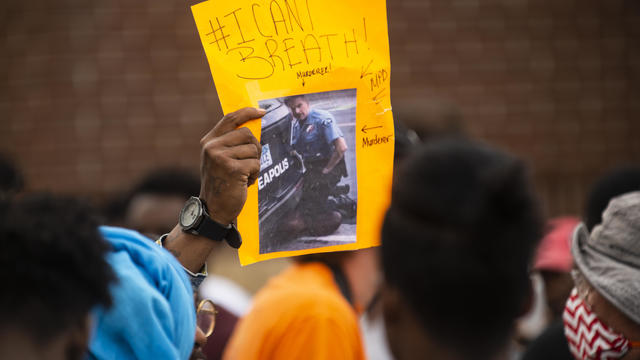 Sharpton will be joined by Gwen Carr, the mother of Eric Garner. 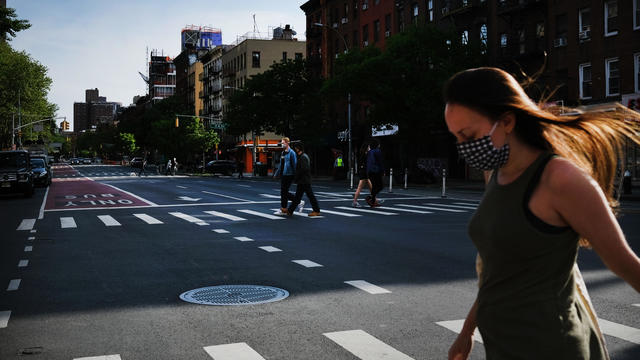