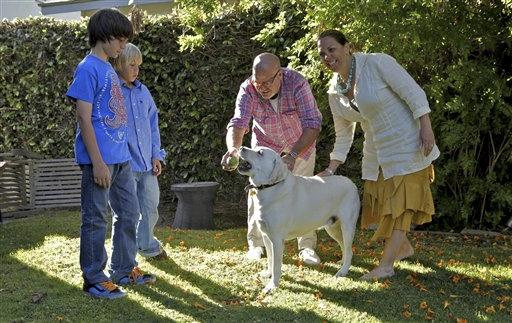 Though some have labeled David Grohl of the Foo Fighters the "nicest guy in rock," Courtney Love would beg to differ.

"Dave gets to walk away unscathed and be the happy guy in rock, when he's one of the biggest jerks," Love says in the August issue of Spin, on newsstands Friday. "He's been taking money from my child for years."

Love, the widow of Kurt Cobain, and Grohl, who played drums in Nirvana, have feuded before. Grohl and Nirvana bassist Krist Novoselic became mired in three years of litigation in a dispute over the timing of the famed grunge band's box set, "With the Lights Out."

They settled their legal issues in September 2002 and the CDs were released last year.

As for being the "nicest guy in rock," Grohl wonders where the title came from.

"I don't know. Because I don't do coke?" Grohl asks Spin. "I supposed it's not taking anything for granted and feeling lucky to be here.

The Foo Fighters are on tour of North America in support of their double album, "In Your Honor."

Love, 41, the former lead singer for the band Hole, was praised Saturday by a Los Angeles judge for making progress in a court-ordered drug treatment program. The treatment is tied to a misdemeanor count of being under the influence of a controlled substance in 2003 when police said she tried to break into a former boyfriend's home.

Her daughter, Frances Bean Cobain, is 12.