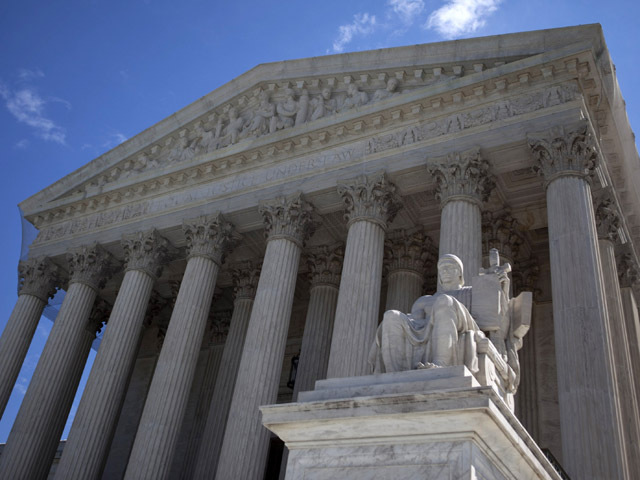 (AP) WASHINGTON - The Supreme Court appeared ready Tuesday to say anew that young people who commit even the most brutal crimes should not be punished as harshly as adults, taking up a pair of cases in which 14-year-olds convicted of murder are serving life sentences with no chance of parole.

The latest in a line of cases asks whether young teenagers facing the rest of their lives in prison deserve the possibility of a second chance. In recent years, the court has ruled out the death penalty for juveniles and life without parole for young people whose crimes did not involve killing.

Roughly 2,300 people are behind bars for life with no chance of winning their freedom for crimes they committed before their 18th birthday. Seventy-nine of them are in prison for crimes that took place when they were 14 or younger.

The precise contours of an eventual ruling were not apparent after arguments Tuesday, but several justices said they were troubled by the way some states try and sentence young people accused of crimes.

Justice Anthony Kennedy raised the lack of flexibility in sentencing young killers. Several states that try people younger than 18 in adult courts allow for only one sentence, life with no chance of parole, for defendants who are convicted of murder.

Kennedy seemed to indicate he might favor a ruling that gives judges a role in determining an appropriate sentence, "that the sentence cannot be mandatory, but that in some cases it might still be imposed."

He wrote the earlier opinions holding juveniles less responsible than adults when their sentences are considered. He seemed again to be the pivotal justice in Tuesday's arguments.

Bryan Stevenson, the lawyer for both defendants, tried to resist Kennedy's approach, preferring an outcome that would force states to consider parole at some point for anyone with a life sentence who was convicted before turning 18.

Stevenson said the court has previously recognized that it is a "mistake to equate kids with adults. And we don't have the ability to make those judgments even if we create a different kind of process."

Allowing an inmate to be considered for parole doesn't mean it will be granted, Stevenson said. In Nevada, for example, an inmate convicted of murder has to serve 20 years before getting a parole hearing, he said.

Arguing for Alabama before the justices, state Solicitor General John Neiman Jr. said the court should respect the decisions of Alabama, Arkansas and 37 other states that allow children to be tried and punished as adults.

"Imposing life without parole sentences on aggravated murder offenders like Evan Miller is in line with the national consensus, is morally justified and is consistent with legitimate penological goals," Neiman said.

Neiman said the court already has drawn a line between crimes involving killing and those that don't.

Kennedy also asked both sides for statistics on how often people who are imprisoned at a young age show that they have been rehabilitated.

But Justice Antonin Scalia, who dissented in earlier juvenile sentencing cases, scoffed at the notion.

"Well, I thought that modern penology has abandoned that rehabilitation thing, and they no longer call prisons reformatories or whatever, and punishment is the criterion now. Deserved punishment for crime," Scalia said.

The court has a range of options if a majority decides to limit states' sentencing powers:

-The court could issue a blanket ruling that applies to everyone under 18.

-It could set a younger cutoff age, as both defendants at the high court were 14.

-The justices also might throw out mandatory sentences but still allow judges to impose life without parole once they consider the circumstances of the crime and the defendant's background. On that point, several justices pointed to the apparent difference in the culpability of the defendants in the two cases.

The court should decide the cases by early summer.