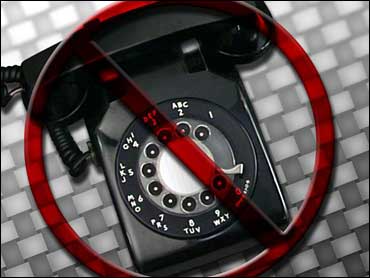 A federal appeals court upheld the government's do not call registry Tuesday, dismissing telemarketers' claims that it violates free speech rights and is unfair because it doesn't apply to charities and political solicitations.

The 10th U.S. Circuit Court of Appeals called the registry "a reasonable fit."

"We hold that the do-not-call registry is a valid commercial speech regulation because it directly advances the government's important interests in safeguarding personal privacy and reducing the danger of telemarketing abuse without burdening an excessive amount of speech," the court said.

The politically popular registry, which took effect in October, contains more than 56 million phone numbers. Industry officials have said they expect about 2 million of their 6.5 million workers will lose their jobs within two years if the do-not-call rules stand.

Officials in the telemarketing industry did not immediately return calls seeking comment.

"The Tenth Circuit's ruling represents a major victory for American consumers," said Timothy Muris, chairman of the Federal Trade Commission. "We are pleased that this popular program, like America's dinner hour, will not be interrupted."

"The Supreme Court is not likely to take up this case on appeal so this ruling is critical to the government's ability to generate and monitor the list. It takes care of both of those trial court rulings last fall that had put the regulation in jeopardy and it creates a fairly high-level precedent that other courts are going to have to at least acknowledge in future challenges. So it's a very good result for the FCC," says CBSNews.com Legal Analyst Andrew Cohen.

"Two federal judges last fall had identified problems with the List, problems that they said precluded its enforcement. This ruling overturns those decisions and declares that regulations like these don't have to be perfect so long as they advance a government interest without over burdening free speech rights," says Cohen.

The appeals court overturned U.S. District Judge Edward Nottingham of Denver, who said the list violated free-speech rights by barring calls from businesses but not charities.

"As a general rule, the First Amendment does not require that the government regulate all aspects of a problem before it can make progress on any front," the appeals court said. The court also said there was no evidence suggesting charitable or political callers were as troublesome as general telemarketing calls.

The registry "offers consumers a tool with which they can protect their homes against intrusions that Congress has determined to be particularly invasive," the court said.

"Just as a consumer can avoid door-to-door peddlers by placing a 'No Solicitation' sign in his or her front yard, the do-not-call registry lets consumers avoid unwanted sales pitches that invade the home via telephone," the court said. "We are convinced that the First Amendment does not prevent the government from giving consumers this option."

The court consolidated the appeal of Nottingham's decision with two related challenges — a case brought against the Federal Communications Commission by Denver telemarketers and the FTC's appeal of a ruling in Oklahoma that said the agency had no authority to create and enforce the list.

It was Nottingham's ruling that had been closely watched because of the constitutional issues involved. His decision had threatened to cripple the FTC's ability to fully punish telemarketers and keep it from sharing information about the list, hindering the FCC from enforcing it.

The FTC also had to stop providing the list to telemarketers, meaning they were free to call listed numbers without fear of reprisal. The appeals court had put Nottingham's ruling on hold pending its decision.

Earlier this month, the FTC said it wants to shorten the time it takes for consumers who sign up for the do-not-call list to start seeing a drop-off in telemarketing calls. The plan would require telemarketers to obtain updated lists of phone numbers every 30 days, rather than every three months.

The FTC said it has received about 150,000 complaints. It has not taken any action against a firm, though the FCC in December issued a complaint against California-based CPM Funding Inc./California Pacific Mortgage.

People can register numbers or file complaints at www.donotcall.gov or by calling 1-888-382-1222. Companies that call numbers on the list face fines of up to $11,000 for each violation.