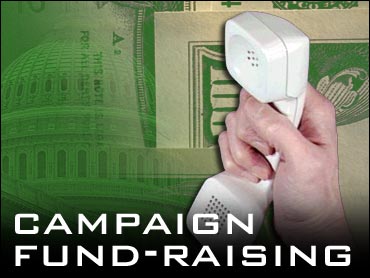 A federal court Monday suspended its ruling striking down parts of the nation's campaign finance law, allowing the new restrictions on donations to remain in effect for the 2004 campaigns while the Supreme Court considers the case on appeal.

The Justice Department and the law's sponsors had asked the three-judge panel handling the case to stay its entire May 2 ruling while the Supreme Court considers appeals. Interest groups, including the AFL-CIO and the National Rifle Association, had asked the lower court to block only its ruling on political ad restrictions while appeals were pending.

The court initially had made its ruling effective immediately. It struck down several provisions of the law, including its ban on national party committees' raising large "soft money" political contributions from corporations, unions and others. But it upheld other aspects of the law, including a ban on the solicitation of soft money by federal officeholders.

The government and the law's sponsors had argued that leaving the ruling in effect would force candidates to live with several sets of rules: those in the law that took effect Nov. 6, the lower court ruling and an eventual Supreme Court decision, which isn't expected for several months.

The court agreed, and also noted that many findings in its May 2 ruling were the result of 2-1 votes.

"This court's desire to prevent the litigants from facing potentially three different regulatory regimes in a very short time span, and the Court's recognition of the divisions among the panel about the constitutionality of the challenged provisions of BCRA, counsel in favor of granting a stay in this case," the court wrote.

The government also had raised the possibility of the national party committees raising millions of dollars in soft money without disclosing it. It noted that the Federal Election Commission, when the law went into effect, eliminated the soft-money reporting requirements for national parties because they were no longer allowed to collect such contributions.

The court's stay order could be appealed to the Supreme Court; it was not immediately clear if any group would do so.

The Republican National Committee, among those suing to overturn parts of the law, had filed arguments opposing a stay of the soft-money portion of the ruling, writing that it believed the court's decision would let it carry out one of its most important tasks: helping state and local candidates and parties with elections this year prepare get-out-the-vote drives.

The California Democratic and Republican parties also opposed a stay on the soft-money section.

Several interest groups asked the court to stay the part of its ruling that upheld some of the law's political ad restrictions, arguing that it threw into doubt their ability to air lobbying ads targeting members of Congress to vote for or against legislation.

The court ruled unconstitutional a provision barring a range of interest groups, including those financed with corporate or union money, from airing ads mentioning federal candidates in their districts in the month before a primary and two months before a general election.

The judges upheld backup rules barring such groups from airing ads that promote, support, attack or oppose a candidate at any time.

The National Rifle Association asked the court to stay its decision upholding the backup rules. The NRA said that while it also opposed the 30-60 day restrictions, it preferred those for now because no federal election is imminent.

The AFL-CIO and several other groups asked the court to block enforcement of both political ad provisions. It said it was particularly concerned about its ability to air ads taking issue with the labor policies of President Bush.