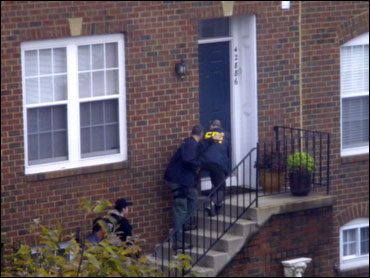 The Florida Supreme Court on Thursday rejected a $145 billion punitive damage award against tobacco companies for injuring smokers, saying it was excessive. It was the largest award ever by an American jury.

The justices also approved an appellate court ruling that it had been a mistake to certify a class-action lawsuit representing an estimated 300,000 to 700,000 ill Floridians that resulted in the jury award in 2000.

A majority of the state's high court, however, reinstated a $2.85 million damage award to Mary Farnan and a $4.023 million award to Angie Della Vecchia, who started smoking as an 11-year-old and died in 1999.

"This is a big win for big tobacco and it's a real defeat for the public interest and the public health," UC-San Francisco professor Stanton Glantz told CBS Radio News.

A $5.8 million award to Frank Amodeo — who, like Farnan and Della Vecchia, was cancer-stricken and blamed that on his smoking habit — was not restored in Thursday's ruling because it fell outside the statute of limitations.

"We unanimously conclude that the punitive damages award is excessive as a matter of law," the court wrote in its 79-page opinion.

The suit, led by pediatrician Dr. Howard Engle, was filed in Miami by the husband-and-wife legal team of Stanley and Susan Rosenblatt. They accused the industry of misleading people about the dangers of smoking.

The Rosenblatts declined immediate comment Thursday, saying they wanted to digest the ruling. Amodeo's wife, Margaret, told The Associated Press that her husband had not spoken with an attorney about the ruling and therefore did not have any immediate reaction.

Originally filed in 1994 on behalf of all addicted smokers in the United States, the 3rd District Court of Appeal permitted a trial only after reducing the class to Florida smokers.

After the trial, however, the same appellate court threw out the verdict, saying the case failed to meet legal requirements for a class action.

The appellate court also disallowed punitive damages because the state already had obtained a settlement for Medicaid expenses from the tobacco industry. That agreement pumps about $360 million a year into state coffers but gives nothing to individual smokers.

Tobacco industry lawyers argued that every smoker is affected differently and should have to file a separate lawsuit.

The Rosenblatts, during oral arguments before the Supreme Court in November 2004, said those differences could be resolved without disturbing the class-action verdict. They said short proceedings to determine medical costs and other compensatory damages should be held instead of retrying common issues, including punitive damages, thousands of times.

Only six of the seven justices heard the case. Justice Raoul Cantero did not participate.