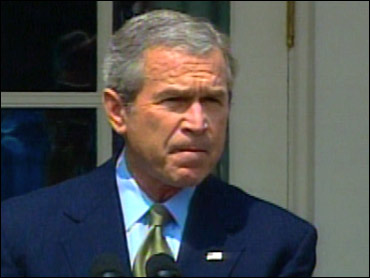 Barraged by lawsuits seeking to save endangered military bases, the Bush administration asked the Supreme Court on Thursday to step in and protect a federal panel's closing and realignment recommendations.

What was to be a routine paperwork delivery to President Bush was threatened by a cross-country legal fight.

Solicitor General Paul Clement, the administration's Supreme Court attorney, told justices that the disorder was undermining the work of the president and a commission that has spent five months on a plan to restructure domestic military bases to save billions of dollars.

"This is not a close case," Clement wrote.

By law, the commission had until Thursday to send its final report to the president, who had pledged to pass it on to Congress without changes. Congress would then have 45 days to block it, although lawmakers have never rejected reports in previous base-closing rounds.

There was no word on when the court might act. Justices are on their summer break, although they were in Washington a day earlier for the burial of Chief Justice William H. Rehnquist.

The Bush administration appeal was one of multiple emergency filings at the high court involving base closure. New Jersey and Missouri officials asked the court to stop the commission from sending the report, as is, to the president. Facilities in those states are among hundreds targeted by the base-closing panel for closure or consolidation in the first round of base closings in a decade.

Clement argued for the government that a Connecticut judge was out of line Wednesday in barring the commission from recommending changes at an Air National Guard base in that state.

Illinois Gov. Rod Blagojevich filed a court appeal to block a plan to move fighter jets out of his state. Washington state also has filed a lawsuit.

The Bush administration contends the panel's recommendations are not reviewable by courts.