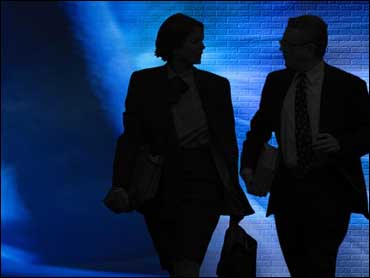 The Supreme Court hears arguments Wednesday on a group of Florida workers' appeal of a lower court's ruling that a 1967 law that bars on-the-job age bias does not allow lawsuits based on the premise that an employer's action had a "disparate impact" on older workers.

In their filings, AARP and other groups told the Supreme Court that a ruling against the employees could "undermine the core civil rights principle that workers should be judged based on their abilities rather than characteristics ... such as age."

Close to 120 former Florida Power Corp. employees claim they were fired as part of a company effort to change its image and reduce salary and pension costs. More than 70 percent of those laid off during company reorganizations in the 1990s were age 40 or older.

The employees sued in federal court under the 1967 Age Discrimination in Employment Act, but the court asked the 11th U.S. Circuit Court of Appeals whether former employees could bring such a suit. The appellate court ruled last year that they could not under that law.

"These litigations can be very expensive, very time-consuming," Delikat said.

The 1967 law covers about 70 million workers age 40 or older, nearly half the work force. Older workers may not be treated differently solely based on age, the law says, and it allows workers to collect back pay, benefits and other compensation if they win discrimination claims.

The ruling in this case, expected by summer, could end "disparate impact" claims under the act. Justices flirted with that concept in 1993 but stopped short in an age bias decision that has been interpreted differently by appeals courts around the country.

If the court were to make a similar ruling now, to win future age bias cases elderly workers would have to prove an intent to discriminate by employers. That is a harder case to make than "disparate impact."

That outcome also would ease employers' worries about whether their layoff plans could have an unintended harmful impact on older employees.