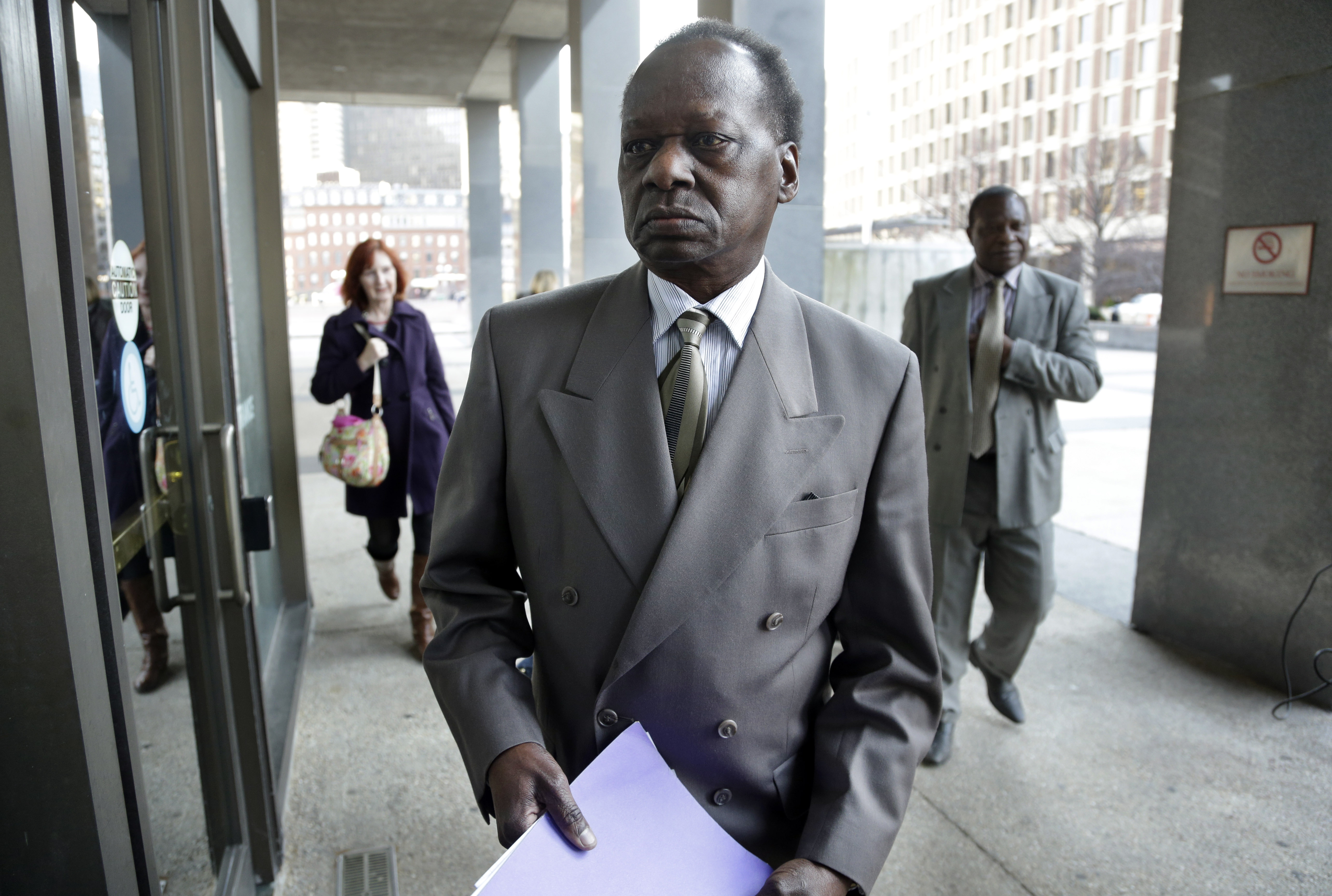 BOSTONPresident Barack Obama's Kenyan-born uncle, who ignored a deportation order more than two decades ago, was granted permission to stay in the U.S. on Tuesday.
Judge Leonard Shapiro made the decision after Onyango Obama, 69, testified that he had lived in the U.S. for 50 years, been a hard worker, paid income tax and been arrested only once.

Asked about his family in the U.S. on Tuesday, he said, "I do have a nephew." Asked to name the nephew, he said, "Barack Obama, he's the president of the United States."

Onyango Obama, the half brother of the president's late father, has lived in the U.S. since the 1960s. He was ordered to leave the country in 1992, but remained.

Shapiro cited a law that entitles immigrants who are "out of status" to become permanent residents if they arrived in the U.S. before 1972, maintained continuous residence and are of good moral character.

Onyango Obama testified he came to the U.S. from his native Kenya in 1963 and has not been back since. He called America the "land of opportunities."

His immigration status did not become public until his arrest for drunken driving in 2011 in Framingham, just west of Boston. After his arrest, he allegedly told police, "I think I will call the White House."

Asked about the exchange by a prosecutor Tuesday, he said he might have said that, but he couldn't recall.

Onyango Obama reportedly said at his deportation hearing Tuesday that President Obama stayed with him while he was a law student at Harvard in the 1908s. But following the 2011 arrest, the White House said the two Obama men had never met.

Earlier this year, the Board of Immigration Appeals sent Onyango Obama's case to the Executive Office for Immigration Review for reassessment.

"He has earned his privilege to stay in the United States. He has been here for 50 years," she said Tuesday before the hearing.

The White House said it expected the case to be handled like any other immigration case.

In the drunken driving case, Obama admitted to sufficient facts, meaning he did not plead guilty but acknowledged prosecutors had enough evidence to convict him. A judge continued the case for one year without a finding, saying the charge would be dismissed if Obama did not get arrested again during that time. Wong said Obama has successfully completed that program.

In the president's memoir, "Dreams from My Father," he writes about his 1988 trip to Kenya and refers to an Uncle Omar, who matches Onyango Obama's background and has the same date of birth.

He is the second Obama family member to be found living illegally in the United States. His sister and the president's aunt, Zeituni Onyango, was granted asylum in 2010 after her first asylum request in 2002 was rejected and she was ordered deported in 2004.

She did not leave the country and continued to live in public housing in Boston. Her status was revealed just days before Obama was elected in November 2008. At the time, then-candidate Obama said he did not know his aunt was living here illegally and that he believes laws covering the situation should be followed.