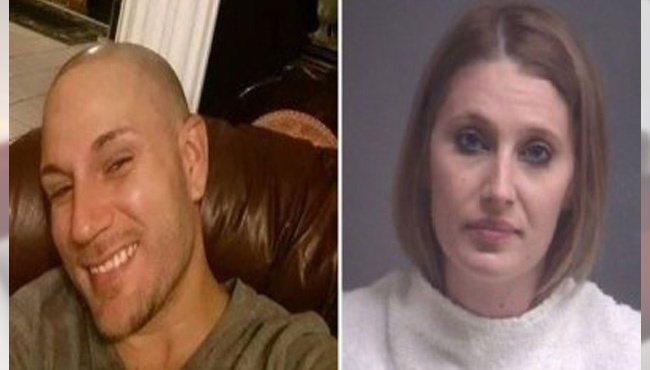 ATLANTA -- A couple suspected in a series of robberies and abductions in Alabama and Georgia also are suspects in the theft of guns from a Missouri house a few days before the crime spree, police said.

Police have linked the Missouri couple to a series of crimes in Alabama and Georgia, saying the offenses fit a similar pattern: People are robbed, kidnapped and let go unharmed, usually after a vehicle is stolen.

Two of the crimes were committed in Alabama within a two-hour span Sunday morning.

Fitzgerald and Harper have been charged with robbing and abducting a hotel clerk in Tuscaloosa, Alabama, and taking his car to the Birmingham area.

The clerk was let go in the upscale suburb of Vestavia Hills, where a woman was briefly abducted by two people who stole her family's Ford Edge SUV. Like the other kidnapping victims, she was let go unharmed a short time later.

On Monday night, a gunman held up a young clerk at a Murphy Express station along Interstate 75 in south Georgia late Monday, taking money from the safe and cigarettes before forcing the clerk into an SUV where his female accomplice waited, authorities said. The couple drove about 15 miles before releasing the clerk unharmed, Perry police Lt. Ken Ezell said.

The FBI believes the suspects entered Florida, before driving back to Alabama on Wednesday.

The hotel clerk who was abducted, Kyle Dease, told Al.com that he spoke with his captors during the nearly two hours he was held on the drive from Tuscaloosa to metro Birmingham. Dease said they told him they hoped to make it to Florida to get married and start a new life together.

Fitzgerald also told Dease that he did not plan on going back to prison.

"I don't think they want to hurt anybody, but even the nicest person in the world when backed into a corner will lash out and I think they could hurt somebody in that situation," Dease said. "I'm afraid if the cops corner them, they're going to go out shooting because he definitely doesn't want to go back to prison."