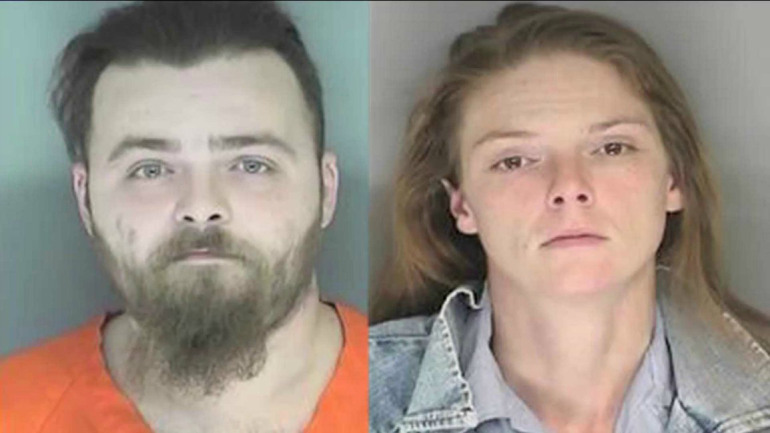 They say the pair lured the victim into the RV Dec. 19 and then took her phone, forced her to consume alcohol and marijuana, sexually assaulted her and held her against her will, forcing her to travel with them from Iowa to Virginia to visit Hozda's minor daughter.

The defendants allegedly posted advertisements on Craigslist soliciting the victim for sex, attempting to prostitute her along the trip at various truck stops, the station reports.

The victim was rescued and the pair arrested Jan. 5, 2015 after a concerned truck driver noticed suspicious behavior in the RV, parked at a gas station in Providence Forge, about 30 miles east of Richmond, and called police.

Trucker Kevin Kimmel told WTVR he noticed a distraught-looking girl in the RV who quickly disappeared behind a curtain.

"When I saw the young girl's face, I said that's not going to happen, I've got daughters and granddaughters," Kimmel told the station. ""I'm just happy I helped her."

The couple avoided a June trial by submitting the guilty plea, which was accepted by a U.S. District judge, reports the station. They face a mandatory-minimum term of 15 years in prison and a maximum of life in prison when they're sentenced Aug. 14.

The terms of the plea agreement recommend a 35-year sentence, reports the station.