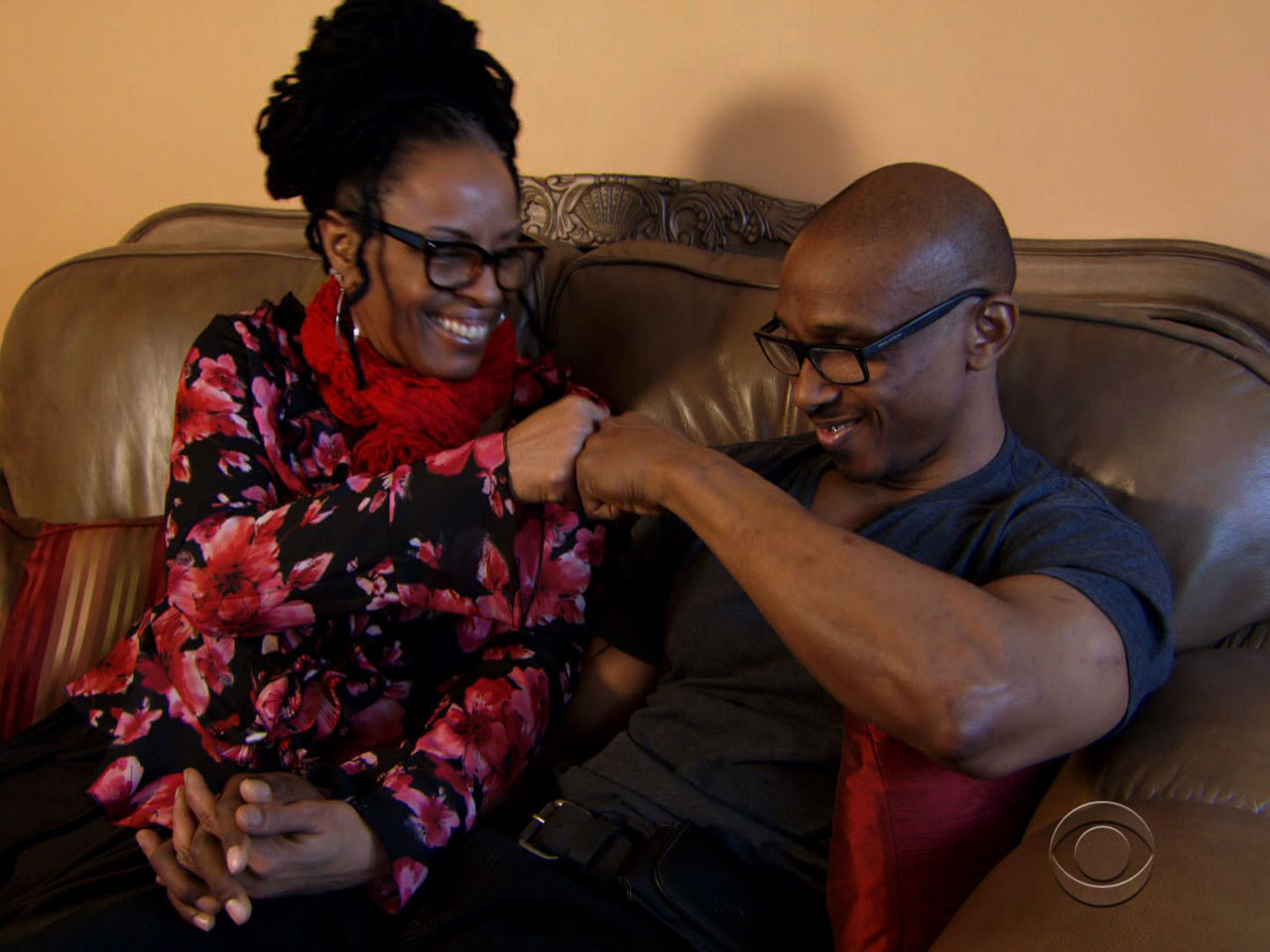 If you didn't know better you'd think they were newlyweds, but Mark and Mia have been together for years. What's different now is that they're finally, actually together.

Mia said, “We were just separated, that's it.”

Here's what happened. In 1986, about a year after they met, Mark was arrested, convicted and sentenced to life without parole for a murder we now know he didn't commit.

Last fall, lawyers proved he had nothing to do with the crime.

Three months later, the hugs still haven't stopped as Mark and Mia continue to celebrate -- not only his vindication, but her dedication.

Mark knows not many women would wait around like Mia did -- especially considering they weren't even married when he was arrested.

Mia, who works at a beauty parlor, says she knew he was innocent and she was pregnant with his child at the time. So she stayed with him, drove five hours round-trip every week to visit.

Asked why he didn’t tell her to move on, Mark said, “I did.  I said, ‘I think you deserve better than this. This is not a normal life. It's not a normal setting’."

Mia recalled, “I didn't need to seek out nowhere else because my heart was where it was supposed to be."

Once Mark realized Mia wasn't going anywhere, he proposed. They got married in the visiting room. Mia raised their son alone and helped raise his two other boys from previous relationships. The woman is clearly a saint.

This week, Mark, Mia, their three boys and four grandchildren got together for their first family dinner of the New Year. It was all smiles, until after the prayer, when Mia just broke down. Mark wanted to know what was wrong.

Mark said to Mia, “Come here, what's the matter with you?"

But that was the thing, for the first time in 27 years, absolutely nothing was wrong.

Putin vows Russia will be victorious in Ukraine
Steve Hartman