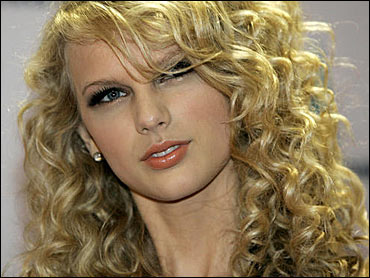 Just like the rest of us, country music artists are making some New Year's resolutions. Except for Phil Vassar.

Taylor Swift says she wants to organize her new condo in Nashville. She'll have to move in first.

Charles Kelley of Lady Antebellum is wishing he could just replay 2009, during which he got married and the group won Single of the Year and Vocal Group of the year at November's Country Music Association awards show.

Big Kenny of Big & Rich plans to spend the first part of 2010 on an undisclosed island.

And Phil Vassar? He says resolutions don't work out well for him and as Vassar puts it,"I figure at this point, if I'm not doing it right, then I just might as well quit."'