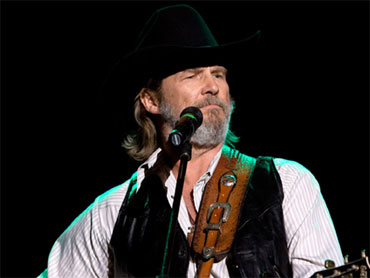 Country-crooning actors have a good track record at the Academy Awards, and Jeff Bridges seems poised to join the winning crowd for "Crazy Heart."

With previous wins at the Golden Globes and the Screen Actors Guild Awards, Bridges is the best-actor front-runner for "Crazy Heart," in which he plays boozy singer Bad Blake, a guy who's showing the years and the mileage but still puts a lot of soul in his music.

With a .500 batting average, country has a better track record than other music genres at the Oscars. Soul has produced a string of Oscar losers, including Eddie Murphy for supporting actor as the fictional James "Thunder" Early in 2006's "Dreamgirls" and Angela Bassett and Laurence Fishburne in the lead categories as Tina and Ike Turner in 1993's "What's Love Got to Do With It."

Jazz and standards singers also have a spotty Oscar history, the losers including Michelle Pfeiffer for best actress as fictional torch singer Susie Diamond in 1989's "The Fabulous Baker Boys" and Diana Ross as Billie Holiday in 1972's "Lady Sings the Blues."

Jamie Foxx could be an honorary winner for the country crowd with his best-actor triumph as Ray Charles in 2004's "Ray." Charles' music drew on soul, blues, jazz, country and other genres, and he did a two-volume series of albums titled, "Modern Sounds in Country and Western Music."