(CBS)
An independent Korean state or collection of states has existed almost continuously for several millennia. Between its initial unification in the 7th century - from three predecessor Korean states - until the 20th century, Korea existed as a single independent country.

In 1905, following the Russo-Japanese War, Korea became a protectorate of imperial Japan, and in 1910 it was annexed as a colony. Korea regained its independence following Japan's surrender to the United States in 1945.

After World War II, a Republic of Korea (ROK) was set up in the southern half of the Korean Peninsula while a Communist-style government was installed in the north (the DPRK).

During the Korean War (1950-53), US troops and UN forces fought alongside soldiers from the ROK to defend South Korea from DPRK attacks supported by China and the Soviet Union. An armistice was signed in 1953, splitting the peninsula along a demilitarized zone at about the 38th parallel. 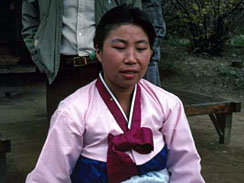 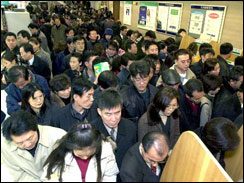 Follow the 50-year rift between North and South Korea. Learn about the people and history of each nation, and attempts to forge new ties.