(CBS)
The island - discovered by Christopher Columbus in 1494 - was settled by the Spanish early in the 16th century.

The native Taino Indians, who had inhabited Jamaica for centuries, were gradually exterminated, replaced by African slaves. England seized the island in 1655 and a plantation economy - based on sugar, cocoa, and coffee - was established.

The abolition of slavery in 1834 freed a quarter million slaves, many of whom became small farmers.

The cycle of violence, drugs, and poverty has served to impoverish large sectors of the populace. Nonetheless, many rural and resort areas remain relatively safe and contribute substantially to the economy. 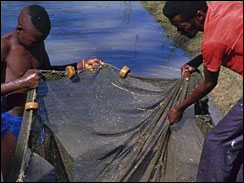 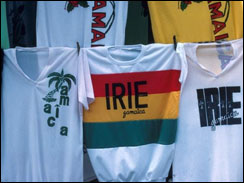 The Jamaican economy is heavily dependent on services, which now account for more than 60% of GDP. The country continues to derive most of its foreign exchange from tourism, remittances, and bauxite/alumina. Jamaica's economy, already saddled with a record of sluggish growth, was hit hard by Hurricane Ivan in late 2004, but has made a gradual recovery. The economy faces serious long-term problems: high but declining interest rates, increased foreign competition, exchange rate instability, a sizable merchandise trade deficit, large-scale unemployment and underemployment, and a high debt burden - the result of government bailouts to ailing sectors of the economy, most notably the financial sector in the mid-to-late 1990s. Following a strategy begun in 2004, Jamaica has reduced its public debt to 133.3% of GDP. Inflation also had declined to 5.8% at the end of 2006. High unemployment exacerbates the serious crime problem, including gang violence fueled by the drug trade. The government faces the difficult prospect of having to achieve fiscal discipline in order to maintain debt payments while simultaneously attacking a serious and growing crime problem that is hampering economic growth.