(CBS)
The population of the Faroe Islands is largely descended from Viking settlers who arrived in the 9th century.

The islands have been connected politically to Denmark since the 14th century.

The archipelago was politically detached from Norway in 1814.

A high degree of self government was attained in 1948.

The Faroes have close traditional ties to Iceland, Shetland, Orkney, the Outer Hebrides and Greenland.

The Faroes are represented in the Nordic Council as a part of the Danish delegation. 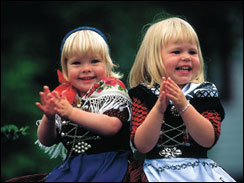 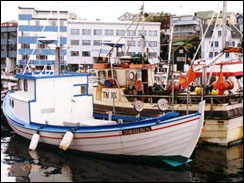 The Faroese economy is dependent on fishing, which makes the economy vulnerable to price swings. Since 2003 the Faroese economy has picked up as a result of higher prices for fish and for housing. Unemployment is minimal and government finances are relatively sound. Oil finds close to the Islands give hope for economically recoverable deposits, which could eventually lay the basis for a more diversified economy and lessen dependence on Danish economic assistance. Aided by a substantial annual subsidy (about 15% of GDP) from Denmark, the Faroese have a standard of living not far below the Danes and other Scandinavians.
GDP (purchasing power parity):
$1 billion (2001 est.)