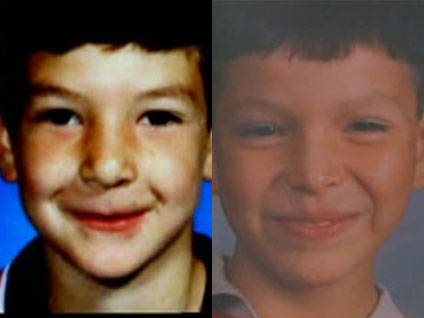 (CBS/KRQE/AP) SANTA FE, N.M. - Santa Fe police are testing the DNA of a teen who looks very similar to Robbie Romero, the boy was 7 when he disappeared June 2000.

Police confirmed they are testing DNA of Robbie Terrezas, but his mother, Yolando Armendariz, says there is no way her son is Robbie Romero, reports CBS affiliate KRQE.

While Armendariz provided the station with photographs, she said she didn't have any baby pictures because they were all in Mexico.

Robbie Terrazas says he doesn't remember his childhood, adding to the mystery. Although, according to his mother, there may be a reason for that.

"He tried to kill himself," Armendariz said of an incident in March. "He wrapped some sheets around his neck."

The boy has suffered from emotional problems ever since, she added.

Evelyn Romero, Robbie's mother, said back in December, family friends met Terrezas and thought he looked a lot like Robbie Romero. They also thought it was strange that the two had the same first name and that Terrezas could not remember his childhood.

On Wednesday night, they took him to Evelyn Romero's home in Santa Fe. Police arrived and took DNA samples from her and Terrezas.

Evelyn Romero says she is trying to stay calm and not get her hopes up until the DNA test results come back. That could take up to a week.

Police have long suspected that Robbie Romero's older brother Ronnie accidentally ran him over then buried the body in the landfill. Ronnie was died from a heroin overdose in the Santa Fe County jail on Sept. 21, 2008.