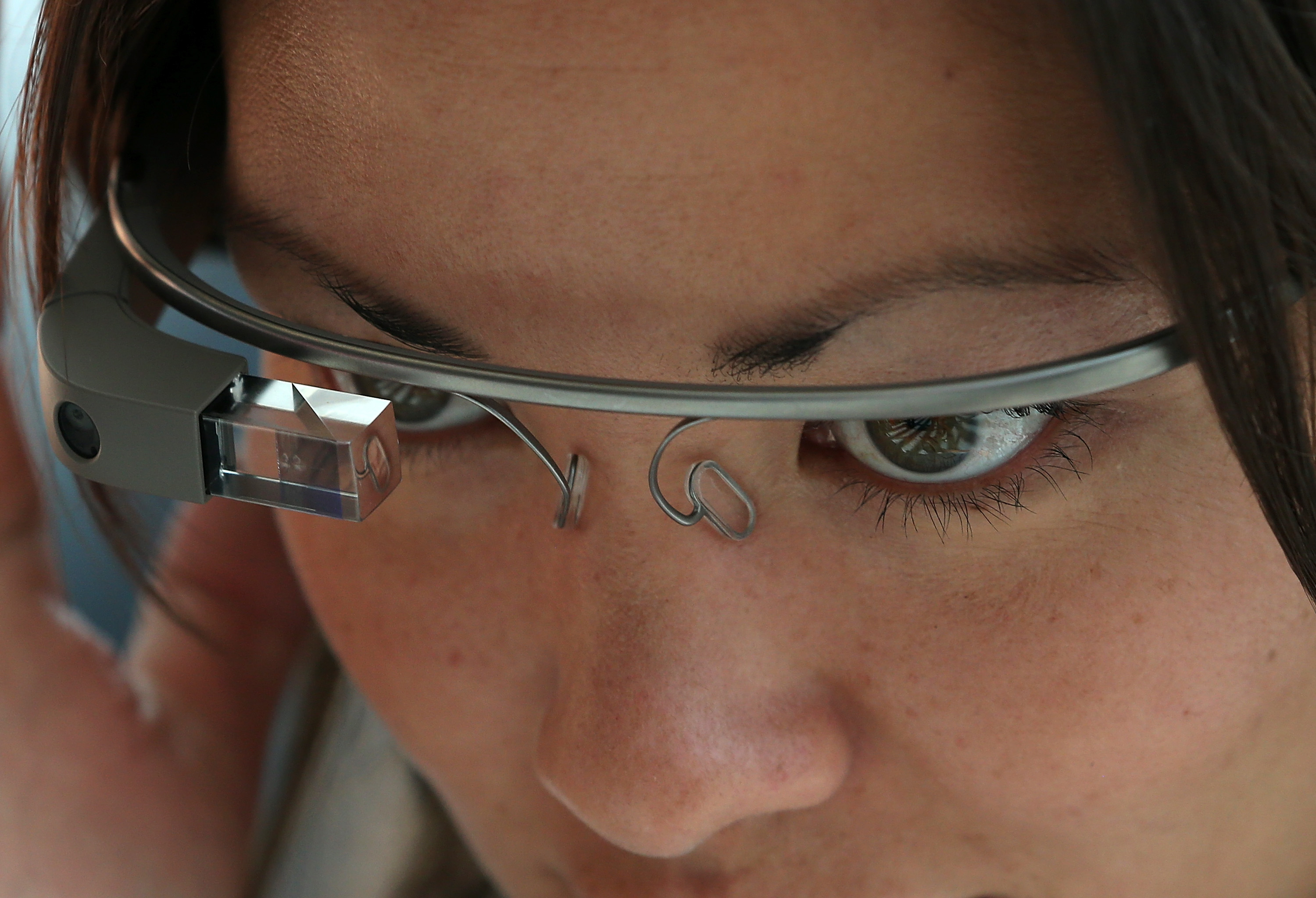 In a few years, you can expect to see doctors wearing Google Glass, just as readily as you might see them wearing a stethoscope, said a group of medical professionals and Glass explorers gathered at Google's Cambridge office last week.

Among the Glass explorers, who were gathered to discuss potential Glass uses in healthcare, was Dr. Rafael Grossmann, the first general surgeon to use this device in the operating room.

"I am passionate about the potential that this wearable technology has in healthcare," Grossmann said. "Surgeons all over the U.S., initially, and now in many places around the world, they're really looking at this device as something that is not just a toy to play with and check your tweet lines but it's really something you could potentially integrate with the electronic medical record."

Glass is a wearable technology that fits like a pair of eye glasses with a small digital screen in the top right corner. A wearer can swipe the right panel and "talk" to Glass in order to perform a variety of functions - many of which are still being discovered. The device is not yet commercially available, but the company has made prototype versions available to a small group of "explorers" to identify potential commercial uses.

"[Imagine] you're about to operate on a patient and you're going to give a certain antibiotic, penicillin before the operation and certainly Google Glass integrated with a patent's medical record tells you wait hold on the patient is allergic to penicillin," said Grossmann.

Almost 400,000 patients die each year from preventable medical errors, he said, citing a 2013 study from the Journal of Patient Safety.

"Medical errors are an incredible source of mortality for patients. And I think that with something like Google Glass integrated to the medical record with artificial intelligence and deep learning systems has the potential to certainly improve on that," said Grossmann.

Medical professionals are equally excited about Glass' potential to aide in tele-mentoring.

Daniel Hashimoto, general surgery resident at the Massachusetts General Hospital, said he's looking into how Google Glass can be used to remotely educate trainees and other currently trained surgeons that may be running into a problem and need extra help.

"We wanted to say listen, can you take the video feed from the Google Glass, stream it to an expert and can you have them walk you through a procedure or help you out when you get into a little bit of a pinch during an operation," said Hashimoto.

At this point, Hashimoto said doctors have been testing the technology locally in Boston - and hope to expand it to more remote regions of the country, and maybe eventually the world.

But before Glass can be fully adopted, Hashimoto said Google must address security concerns.

"The important thing in healthcare is the patient safety aspect," said Hashimoto. "There are a lot of outstanding questions. How are things going to work with HIPPA or patient privacy information? And I think before it can really be widely adopted a lot of those questions have to be answered."

Aside from the security aspect, doctors say patients, so far, are responding positively to the use of Glass.

"We thought at first that they would be a little taken aback but really they've been mostly intrigued," said Steve Horng, the Assistant Director of Emergency Informatics at Beth Israel Deaconess Medical Center. "People have been like, 'What's that? What's that on your face?' And then sometimes I actually put it on their face and they can see their own medical record."

Earlier this month, Beth Israel Deaconess expanded the use of Glass to its entire emergency department, and became the first hospital in the U.S. to employ the device for everyday medical care.

Over the years, Horng said he's tested over a dozen different devices, including the iPad, the compact tablet, and Samsung's Galaxy Tablet. Although all of them were portable, none of them were wearable. Not until Google Glass, he said.

Using Glass, ER doctors at Beth Israel Deaconess can scan Quick Response, or QR codes, which are posted on the doorways to patients' rooms. Each code is unique to that patient, and are linked to data found in that patient's electronic medical record. Once scanned, the patient's information - including past medical history, current vital signs and triage notes - appear on the Google Glass screen.

Having the information in front of you means you don't have to break eye contact with patient, or turn your back to them to look at a computer screen, Horng said.

And he believes this technology is going to catch on.