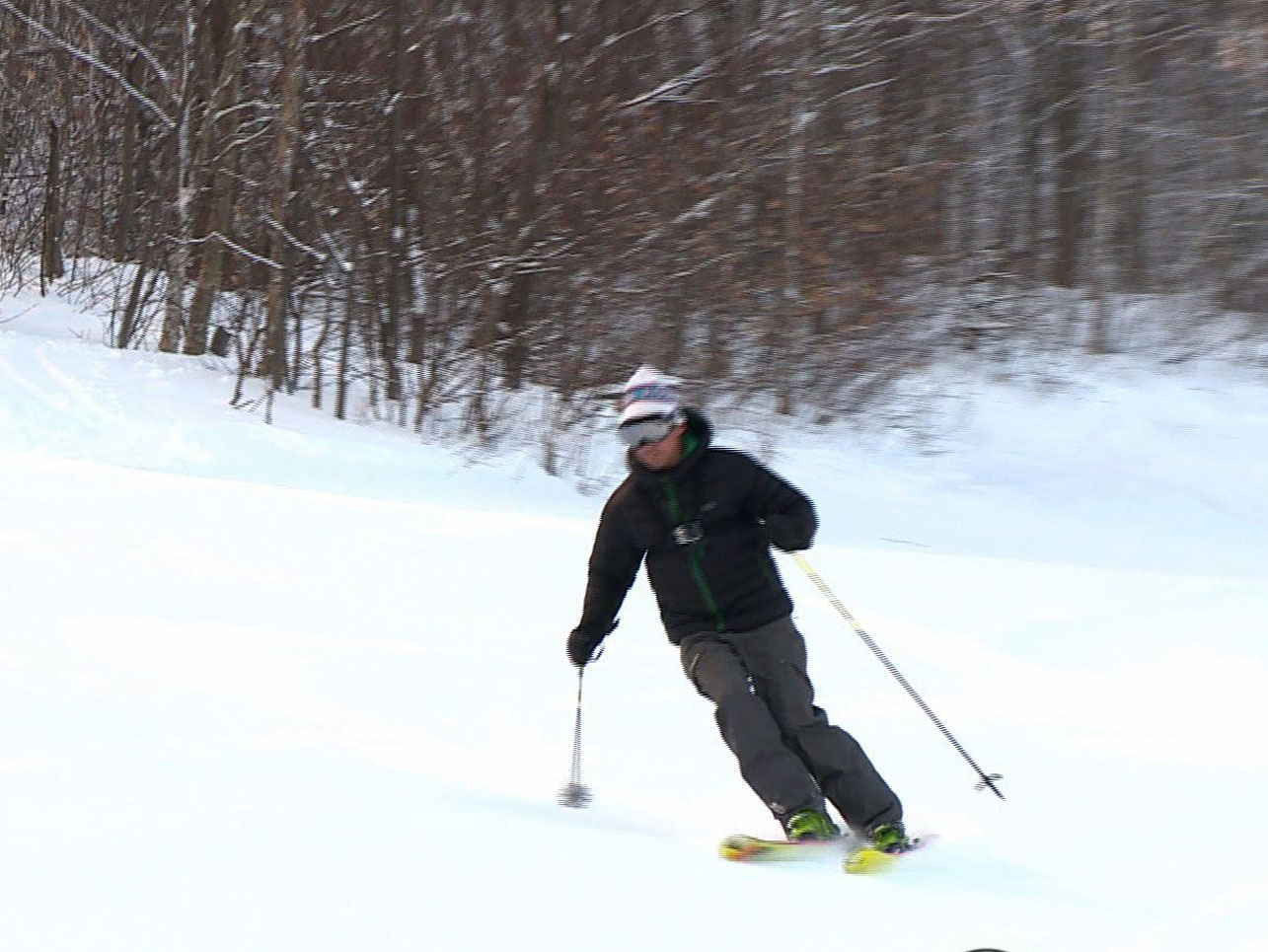 The Sochi Olympics suffered some of the most extreme weather of any Winter Games. Athletes faced fog, rain and temperatures in the 60s. Research predicts that could become the new reality at ski resorts around the world.

Porter Fox, the author of a controversial new book, "Deep: The Story of Skiing and the Future of Snow," believes winter sports could be doomed.

Fox is an avid skier and has been schussing down slopes since he was 2. As the features editor for Powder Magazine, he has skied on five continents and said everywhere he's traveled there has been less and less snow.

"We've lost a million square miles of snowcover in the spring in the last 47 years," he told CBS News' Don Dahler.

Fox's book about skiing and the future of snow includes studies on how it is vanishing throughout North America, Europe and Asia. He cites climatologists who say that will decimate the ski industry.

"Half of the 103 resorts in the Northeast will likely not be able to stay open, and that's in the next 30 years, which is pretty shocking," he said. "That's where I grew up skiing."

According to the National Oceanic and Atmospheric Administration, snowcover on land in June in the Northern Hemisphere has been decreasing at a rate of nearly 20 percent per decade since 1979.

The loss of the snowpack is more than just a risk for the ski industry. Fox said it could impact every person in the U.S. whether they ski or not.

"It's a very unique form of water shortage," he said. "Around the world, a billion people depend on snowmelt for their freshwater supply."

Fox believes the impact of climate change on the ski industry is like a canary in a coal mine.

"It is just the beginning of what people are beginning to see as visible climate change," he said.

Jiminy Peak Mountain Resort in Massachusetts offsets the lack of natural snow by making almost 90 percent of it themselves. The cost of snowmaking prompted the resort to build a $4 million wind turbine.

"It was something that no one had ever done before," said Tyler Fairbank, the resort's chief executive officer. "And it has been an absolute home run for us."

Lower electric bills allow Fairbank to be more optimistic about the resort's future.

"We're in a constant state of climate change," he said. "I don't know if we're seeing- I know what we're certainly not seeing - the kinds of patterns and data that suggests that, you know, the sky is falling."

When asked about his comments, Fox still disagrees.

"I wish he was right. I really do," said Fox. "I would tend to believe the thousands of scientists that disagree with that opinion."

Dahler asked Fox why there is so much resistance.

"I think there's a long history of doubting science when it goes against the grain of what you want to happen," said Fox.

He told Dahler that if people start reducing carbon emissions now, the loss of snow can be slowed down. But he's not optimistic.

"Glaciers in Europe, Alpine glaciers, they've lost half of their volume, and that's in the last 150 years. It's disappearing very quickly," he said. "There's a chain reaction that happens when snow disappears that's really devastating to everyone living downstream."

Leon Logothetis traded in his desk job to chase his dreams