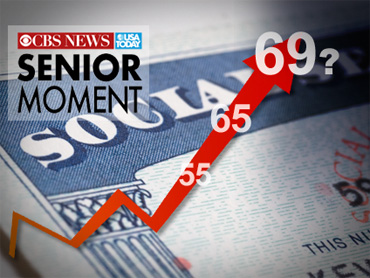 An early-morning fire roared through a Costa Rican hospital Tuesday, killing at least 17 people and trapping many others in a building that lacked proper fire exits, Costa Rican officials said. Nurses broke out windows trying to escape and many patients fled the hospital on their own.

The fire, the second this year at the Calderon Guardia Hospital in the Costa Rican capital San Jose, broke out on the fifth floor at 2:23 a.m. EDT Fire Chief Hector Chavez told a local news channel. It was brought under control three hours later.

The blaze originated near the hospital's central staircase, and traveled quickly to the front of the building, "which made it impossible for people to go down through there," Chavez said.

The cause was not immediately known, but the hospital lacked proper fire exits, which could have contributed to the high death toll, the fire chief said. Firefighters and rescue workers from the Costa Rican Red Cross used ladders to evacuate people.

President Abel Pacheco arrived at the hospital hours later to review the damages and offer his support to rescue workers. Pacheco himself had been treated at the same hospital for high blood pressure last month.

The death toll could rise as the search for more victims continued, Red Cross official Alexander Poras told local television stations. He said some of the patients hid under their beds to escape the fire. Survivors were being evacuated to other hospitals.

One of the victims was identified as nurse Patricia Fallas, who was helping patients evacuate the fifth floor when she died of smoke inhalation. She was still holding a lit flashlight when her body was found, Chavez said.

Thirteen other victims also were located on the fifth floor. One victim was on the fourth floor, he said. Both floors were destroyed.

"I was with my mother on the fifth floor ... it was terrible," Luz Marina Chinchilla said between sobs. "A nurse shouted and set off the alarm." Marina was able to escort her mother safely out of the building.

Dr. Eduardo Saenz, who was on call at the time of the fire, said he was attending a patient when he smelled smoke and carried the patient out in his arms.

Many family members, seeing the news on television or receiving cell phone calls from patients being evacuated, rushed to the hospital to check on loved ones.

"I came to get my wife," Luis Prado said. "I went up to the second floor, but they wouldn't let me beyond that. ... But I found my wife and helped her and brought her to an ambulance."

"We recently approved a law on this but it was held up by a court appeal," he said. "This is a case that should make people think. ... Unfortunately, this building did not have the proper fire prevention tools."

Calderon Guardia is one of Costa Rica's main hospitals, receiving patients from all over the country. In January, a small fire broke out in the same area of the building, but no one was injured. At that time, the hospital's fire alarms failed to work, officials said.