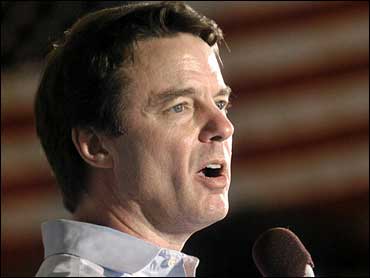 Beverly Hills stylist Joseph Torrenueva tells the Washington Post that one of his haircuts for Democratic presidential hopeful John Edwards cost $1,250 because Torrenueva had to fly to Atlanta and missed two days of work as a result.

"He has nice hair," Torrenueva told the newspaper. "I try to make the man handsome, strong, more mature and these are the things, as an expert, that's what we do."

Torrenueva, a Democrat, said he began cutting Edwards' hair for free but wound up charging him $300 to $500 per haircut, plus the cost of airfare and hotel stays. That's because Torrenueva was often forced to meet Edwards on the campaign trail to shear his locks.

Edwards, 53, who has made alleviating poverty the central theme of candidacy, has been criticized for building a 28,000-square-foot house for $5.3 million near Chapel Hill, N.C. The complex of several buildings on 102 acres includes an indoor basketball court, an indoor pool and a handball court.

Edwards is also the subject of a popular YouTube spoof poking fun at his youthful good looks. The video shows the candidate combing his tresses to the dubbed-in tune of "I Feel Pretty."