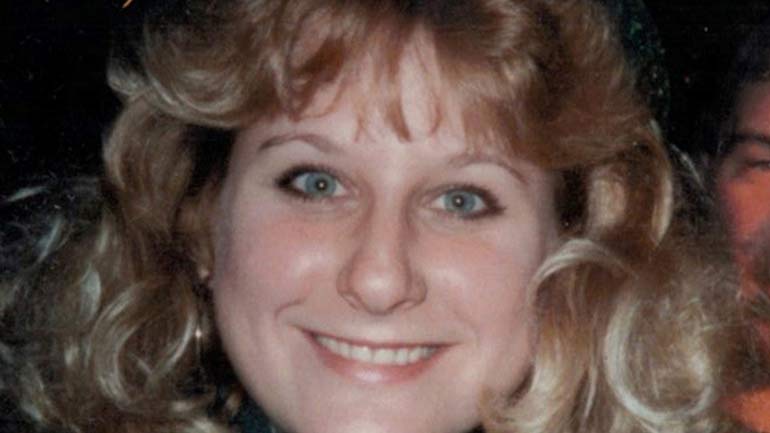 Alec Sirken is a "48 Hours" producer. "48 Hours" investigated the death of Cory Lovelace and the trials of her husband, former prosecutor Curtis Lovelace, in "Death on Valentine's Day."

Quincy, Illinois, is a quintessentially American city of 40,000 people that sits on the eastern banks of the Mississippi River, across from Missouri. It's a place that fits the cliché, everybody knows everybody. So when a local high school football hero, and later a star at the University of Illinois, named Curtis Lovelace was arrested for the murder of his wife, Cory, in 2014, people in Quincy were talking.

Did Lovelace smother his wife with a pillow the night before Valentine's Day 2006 in their bed while their four young children slept in adjacent rooms?  Or did she die of natural causes -- a condition related to her alcoholism, exacerbated by bulimia, which she also suffered?  These were questions that would keep a town speculating, rip a family apart, and create conflicts and dilemmas in Quincy -- starting with the media that covered the case in detail from the day he was arrested.

The top local reporter for CBS station KHQA, Jenny Dreasler, had known members of the Lovelace family growing up in Quincy. Her news director, Kristen Hamilton, eventually had to recuse herself from coverage of the case because her father was the county coroner at the time of Cory's death.  Another former local reporter, Bob Gough, who is writing a book on the case, moonlights as the announcer for the basketball games at Quincy High, where Lovelace is memorialized for his football exploits in his student days there.

Quincy, as people say, is a small town.

The first trial at the Adams County Courthouse in February 2016 in Quincy ended in a hung jury, as jurors disagreed over the essential dilemma in the case: the prosecution theory was that Lovelace smothered his wife the night before, and her body was stiff with rigor mortis the next morning, her arms suspended over her chest in a position that suggested they had been wrapped around a pillow before it was removed.  But if she was dead all night, as the prosecution contended, then why did several of  the Lovelace children tell police -- and later testify -- that they saw their mother alive that morning?

How could they have seen her alive if -- as the prosecution contended -- she had been murdered the night before? That was the confounding question that left jurors split in the first trial.  The prosecution vowed to try the case again, convinced their theory was right. And because it was a small town, where even some of the jurors knew people in the Lovelace family, the defense requested a change of venue -- this time to Springfield, the state capital where it would be heard by a jury untainted by any connection to the family or knowledge about the case.

And this time, the jury came to a firm verdict in just over two hours: not guilty. This time, jurors were in agreement -- there was not enough evidence to convict Lovelace of murder. Three jurors, who did not want their names used, spoke to "48 Hours."  One said, "I think something happened, but the prosecution just didn't prove it beyond a reasonable doubt."  Another juror, when asked whether she believed that Cory died of natural causes as the defense forensic experts testified, said, "I wouldn't go that far."

Several jurors felt that the case was not as straightforward as either side presented it.  One noted that both Cory and Curtis were alcoholics and said it may have been an "alcohol-related accident."   She added: "I don't believe a 38-year-old woman would be up in the morning and then die half an hour later."

One of the dramatic highlights of the second trial, that was not presented in the first trial, was the appearance on the witness stand of Erika Gomez, Lovelace's second wife (he's now happily married to his third).  Gomez testified that during their marriage Lovelace tried to poison her, sexually abused her, and was violent at times. She was histrionic and emotional on the stand, but jurors didn't seem to buy much of anything she said.

"Why bring the second wife and her statement to court? Everything she had to say was turned into a tornado! Her statement whipped through the courtroom leaving everyone in disbelief," said a juror.

In the end, the case, in jurors' minds, boiled down to a simple reality: the prosecution didn't prove its case to the standard required by the legal system -- beyond a reasonable doubt.

As a juror put it, recounting the dynamics in the jury room during deliberations, "We put all our concerns out there and talked as adults, there were no arguments and we did not get heated but we did what we felt was best with what we had to work with...and that was nothing at all!"

As for Curtis Lovelace and his current wife, Christine, they have expressed relief and thanks to the system and their defense team, but they face their own dilemma about returning to Quincy, the city where both grew up and met in high school.

In an interview with "48 Hours" correspondent Maureen Maher, they spoke of their trepidation in going back to their hometown, where everyone knows them.   They fear the treatment they experienced the past few years in Quincy, where Curtis Lovelace went from local hero, to local accused murderer.

As Christine put it in her interview with Maher,  "I cannot even begin to explain to you what it's like to go to a local market and have people pointing at you and talking behind their hands, or having them even cut us off and say, 'Look, there's the -- the Lovelace family,' or, 'There's the killer's family.' "

Curtis, now a free man, exonerated of murder charges, his legal battle behind him, said, and "It bothers me. To be called a murderer -- to be publicly accused of -- of such a horrible act."

But will he ever be thought of in another way in Quincy -- and even far beyond his home town, will he live forever on the internet as a man charged with killing his wife?