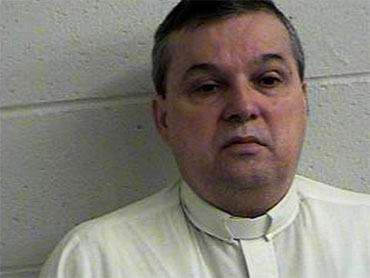 MAUSTON, Wis. (CBS/AP) The leader of a Washington state religous sect believed god would bring a dead follower back to life if he left the rotting body on the toilet long enough.

Now a judge has sentenced Alan Bushey, 59, of Necedahof, to two years in prison for hiding Magdeline Alvina Middlesworth's corpse on the toilet of another follower, Tammy Lewis, for two months last spring. Middlesworth, 90, moved to Necedah from Washington state in 2005 to join Bushey's sect, the Order of the Divine Will.

"A miracle like that is part of the Christian faith," Steinman said. "He truly believed she would come back from the dead."

Bushey appeared at the hearing in a black cassock with a crucifix around his neck. He told Juneau County Circuit Court Judge John Roemer Jr. that he should have known God would raise Middlesworth from the dead without his involvement.

"I should have called the coroner and leave the supernatural to God," Bushey said.

Roemer, who called the case "horrific," said living with a rotting corpse devastated Lewis' daughter, now 16, and son, now 14. District Attorney Scott Southworth said they had to use a bucket in a closet for a toilet. Bushey told them that a demon was making the body decay and that they weren't praying hard enough to bring Middlesworth back to life, Southworth added.

Southworth called Bushey's group a cult and Bushey a "warped" con man. His church, the Orthodox Catholic Church of Russia in the Americas, defrocked him in 1998 but Bushey continued to pass himself off as a clergyman, Southworth told the judge.

"I can only imagine what other wacky things Alan Bushey told these children," Southworth said.

Middlesworth became involved with the sect after reading a mailing about it, Steinman said. She ended up moving in with Lewis, now 36. Prosecutors said Middlesworth and Lewis shared a bank account in which Middlesworth received her Social Security payouts and stipends.

Steinman disputed whether Bushey had been defrocked, claiming his church didn't follow the correct procedures. Bushey refused to take money from Middlesworth, Steinman said, even though she offered it to him.

Investigators discovered the body in May 2008 after Middlesworth's sister asked them to check on Middlesworth because she hadn't contacted her in some time. A deputy who visited the home shared by Lewis and Middlesworth found the body in the bathroom.

Bushey and Lewis noticed the body didn't begin to decompose for a few days, Steinman said. Bushey believed that was a sign that God would raise her up.

Lewis' children told detectives that Bushey told them Middlesworth paid all the bills. Lewis' son told investigators that Bushey also told them a demon was destroying Middlesworth's appearance to make it look like she wouldn't rise.

Patricia Lewis, Lewis' mother-in-law, told the judge that her grandson didn't understand what Bushey was saying and that living with a corpse didn't harm her grandchildren, she said.

Southworth initially charged Bushey with two counts of causing mental harm to a child, two counts of misdemeanor theft and one count of hiding a corpse.

Bushey eventually pleaded no contest to hiding a corpse. In return Southworth dropped the other charges.

Roemer also ordered Bushey to serve three years on extended supervision with the condition that he not work as a clergyman during that time.

Tammy Lewis pleaded no contest in November to obstructing a police officer and was fined $350.