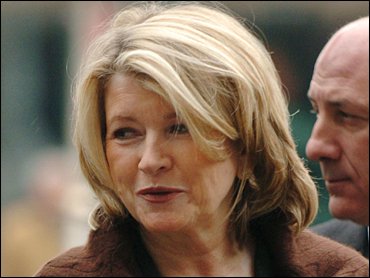 This column fromThe New Republic was written by Clay Risen.


On Friday, a jury convicted Martha Stewart of lying about a 2001 stock sale in which her broker gave her insider information concerning pharmaceutical maker ImClone. On Saturday, the media was saturated with coverage of the verdict -- coverage that perpetuated the oft-repeated canard that the Stewart case was somehow an example of corporate wrongdoing. Meanwhile, in a real case of alleged corporate wrongdoing, Bernie Ebbers, the disgraced former WorldCom CEO, and Scott Sullivan, the company's head accountant, were indicted last week in the largest case of accounting fraud in the country's history. But those developments ended up serving as the week's undercard to Stewart's featured event -- obscuring the fact that the two cases have little in common, and that the WorldCom case is far more important.

As TNR's editors wrote last year, Stewart may be both a corporate executive and guilty of wrongdoing, but that doesn't mean her actions qualified as corporate wrongdoing. Stewart's position at the top of a company, Martha Stewart Living Omnimedia, is relevant only inasmuch as it made her a power client for whom her broker apparently believed that breaking the rules was acceptable. By taking advantage of insider information, she was acting as an individual, completely separate from her executive role. Which is why her case is so different from those of Ebbers, Jeff Skilling, or John Rigas, who allegedly used their respective positions atop WorldCom, Enron, and Adelphia to construct elaborate frauds that enriched not only themselves but their fellow executives -- at a steep cost to their lower-level employees and the investing public, not to mention the thousands who depended on the services their companies provided. Those cases point to something deeply wrong with both American corporate ethics and the system designed to enforce them. The Stewart case simply reinforces what we already know: Some people are greedy, and power mixed with greed is a dangerous recipe.

But apparently hungry for sensational news, many of the country's leading media outlets failed this weekend to explain the distinction. The Atlanta Journal-Constitution called Stewart the "highest-profile figure in a procession of corporate scandals that emerged after the tech stock boom-and-bust of the 1990s." The Los Angeles Times described her as "the first major figure convicted by a jury in the wave of corporate scandals." And The New York Times called her "the latest and most prominent executive to be convicted since a wave of corporate scandals unfolded with the collapse of Enron."

So-called "celebrity justice" features have long been a staple of tabloid journalism, but since the O.J. Simpson trial, the media has increasingly treated those cases as hard news. Today, the topic is just another beat -- CNN even has a dedicated "celebrity justice" correspondent. Of course, there's nothing wrong with occasionally highlighting stories that feed the public's hunger for high drama among the rich and famous. Problems arise, however, when the media give "celebrity justice" a patina of respectability it doesn't deserve -- and this is exactly what has happened in the Stewart case. The Times and other upper-tier papers -- which ostensibly shun "celebrity justice" news but were unwilling to miss out on the Stewart story -- developed a narrative that made no distinction between Stewart's trial and the cases of Ebbers, Lay, and Rigas. (Ironically, Newsday, a middle-tier Long Island paper that is often considerably more sensationalist than the Times, got the story right, noting that "the charges in Stewart's case stemmed from her personal financial dealings and not corporate malfeasance, as in the other cases.") It was a clever way for "serious" papers to get in on a piece of the Martha action -- and also retain their respectability.

Thanks to this coverage of the Stewart verdict, readers may inaccurately conclude that corporate justice, rather than celebrity justice, has been served in this case. Which is unfortunate, because it's no secret that the public, even the typical New York Times reader, has a limited attention span for serious news, not to mention stories about the complex world of accounting fraud. After so much press about the Martha Stewart trial, it's quite possible that readers -- suffering from corporate-scandal fatigue -- will tune out coverage of the upcoming Ebbers and Sullivan trials. (As it is, those cases will almost certainly have fewer reporters and less lively reporting than Stewart's trial.) Meanwhile, the feds have constructed a relatively weak case against Ebbers, and Sullivan has already agreed to cooperate, guaranteeing him a lighter sentence. Public scrutiny can go a long way in pressuring prosecutors not to let either man off easy. It's the media's job to provide such scrutiny, and to explain to the public why such cases are important. By muddling the meaning of the Stewart case, they've made that job a lot harder.

Clay Risen is an assistant editor at TNR.