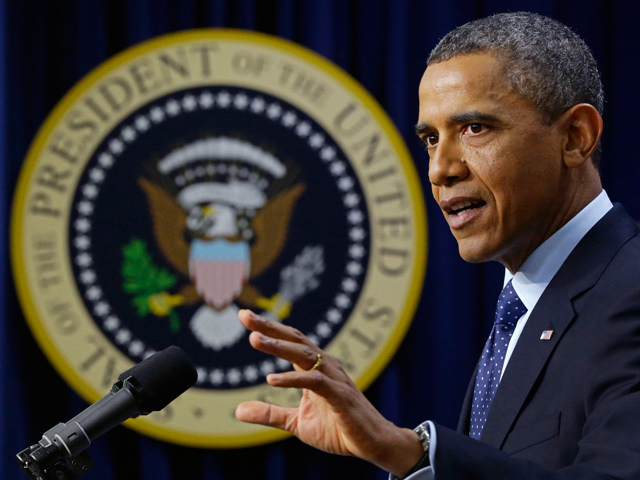 A list of donors to President Obama's second inauguration released Friday evening revealed some big corporations that will be bankrolling the upcoming festivities, drawing fire from transparency advocates and political money watchdogs.

In 2009, Mr. Obama's inaugural committee did not accept corporate donations, donations from lobbyists, and individual donations in excess of $50,000. This time, he retained the ban on lobbyist donations but opted to allow unlimited donations from individuals and companies.

Despite the relaxed restrictions, the president does not yet have much to show for it - the corporate donor list includes such marquee names as Microsoft and AT&T, but only a dozen corporations have donated to the official Presidential Inaugural Committee (PIC). More than 400 individuals have donated $200 or more. Specific donation amounts from the corporations or individuals were not disclosed.

And despite the relative paucity of corporate money donated to date, advocates for tighter restrictions on political donations have not greeted the about-face enthusiastically. "It's not worth indebting yourself to corporate interests just to have a big party," Craig Holman, an advocate with the watchdog group Public Citizen, told the Washington Post. "It's very unfortunate and quite a reversal of what this president stood for."

Holman also criticized the lack of transparency in the PIC's disclosure. In 2009, inauguration organizers released the employer, amount donated, and state of residence for each individual donor. This time, however, the president provided "just a list of names," Holman told the Post.

An inaugural committee spokeswoman, Addie Whisenant, pushed back on complaints about transparency, telling the Post, "The Presidential Inaugural Committee is continuing its pledge of transparency for the American people and is taking extra steps to provide the public with ongoing updates about who is donating to the inaugural. In keeping with the FEC requirements, we will also make public the final list of donors and the amounts they contributed to the [committee] 90 days after the presidential inauguration."

Meanwhile, the Federal Election Committee announced on Friday that Mr. Obama's 2008 campaign has been fined $375,000 - one of the largest fines ever levied on a presidential campaign - due to a reporting violation related to nearly 1,200 donations totaling nearly $1.9 million received during the closing days of the 2008 campaign.

Campaigns are required to disclose donations in excess of $1,000 or more within 48 hours of receipt during the final 20 days of the campaign.