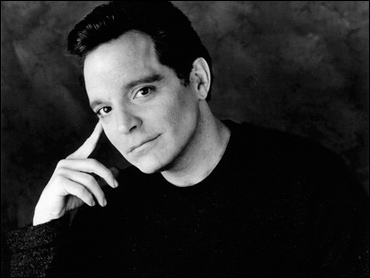 Comedian Richard Jeni, who shot himself to death in March, had a history of mental illness and was hospitalized late last year for suicidal depression, according to a coroner's report obtained Thursday. Jeni, 49, died at a hospital after shooting himself in the head at his Hollywood home on March 10, authorities have said.

His girlfriend heard him talking to himself about a week earlier, saying "'just squeeze the trigger,'" according to a police report cited by the Los Angeles County coroner's office.

She was making breakfast downstairs when Jeni shot himself in the mouth with a .38-caliber Colt Detective Special handgun, according to the report.

Jeni, whose birth name was Richard John Colangelo, had not made any previous suicide attempts and left no note, the report said.

However, the report said Jeni was involuntarily hospitalized on Dec. 28 after he showed up in a hospital emergency room with suicidal depression and indicated he would jump off of a building.

Days after his death, Jeni's family disclosed the comic was mentally ill and said in a statement that he had been diagnosed earlier this year with "severe clinical depression coupled with bouts of psychotic paranoia."

According to the coroner's report, Jeni's girlfriend said he had problems with "insomnia, paranoia and high blood pressure due to stresses of his work schedule."

He also had a history of schizophrenia and had taken several antidepressants and a sleeping aid, the coroner's report said.